Unite For The Real Enemy 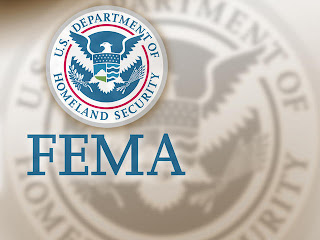 I am still not talking about local politics for Lent so don’t tag this as a political blog. This is about an entire community. Excluding crime and violence because that’s a big deal, we have been arguing about a whole lot of things with one another. We have been throwing down with neighborhood against neighborhood, black against white, rich against poor, and suburbs against the city.

All this time we have been fighting FEMA has been holding 68% of the recovery money and racking up so many complaints it’s almost unbelievable. Apparently all the money we thought everyone was stealing was sitting in FEMA’s bank account so the local office could keep their jobs. That’s almost 4 billion dollars sitting in downtown New Orleans to dish out at their leisure while we argue about picking up trash and who gets to live in St. Bernard Parish and New Orleans East. They were probably watching the news at one of those plush hotel suites and toasting champagne every time our local officials came on ranting and raving about everything but them. Just to add an exclamation point to the entire thing, we had to wait for a national news story to break this wide open. I would like to thank Armen Keteyian for not letting our actions get in the way of his reporting. I am sure we would have been all on top of this if anyone accused in the story had some local status.

I haven’t read any blogs today so I don’t know if I am the first but I officially feel embarrassed. I vote for everything else anyone is pissed about being put on hold while we get together to fight crime and FEMA. I would just like to tell our local leaders it’s ok if you all get together and speak as one voice on this situation. That’s what most people want you to do anyway.
Posted by Clifton at 2/27/2009 10:16:00 PM

As much as we like to make this about individuals, personalities or burn our own house down in squabbles over multi-syllabic nouns, I've come to the conclusion that the biggest impediments to the recovery of the city are FEMA and the Insurance industry. And they have been since Katrina +1. We can blather on about waste-and-corruption, but the truth is, we've never really had the funds to waste.

Unfortunately, there are an awful lot of people who need FEMA to be as bad as it is to justify their political beliefs, and in some cases political positions.