Working Through The Shut Down 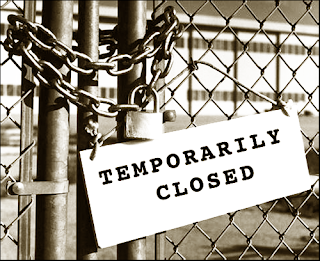 I’ve sitting at my desk today trying to determine if its worst to be furloughed because the government shut down or to work for two weeks and find out you can’t get paid because someone involved in the process has been furloughed. I guess it doesn’t matter since everyone ends up struggling. I already have a few friends sitting at home today. I’m hoping I don’t soon have to join them until this shutdown is over. There are so many public and private sector jobs and programs that help people tied into the government that it’s amazing that a shutdown would even be an option.  Maybe it’s one of those things I don’t have time to read up on and understand properly. It seems to me like the potential for the country to go into a tailspin is so high that no one would even think about doing it. We had two wars at the same time and almost went broke trying to pay for them. I never heard of any opponent of war talk about shutting down the government. Now it’s been done behind health insurance.
The confusing part is that most of the new healthcare law appears to be a windfall for insurance companies. Sure they have to work with customers they used to deny coverage for but those people also are going to be paying them and if they don’t make enough to pay the government is going to make up the rest.  I can’t imagine they would have enough of an issue with the law to send their lobbyist to Washington D.C and force anyone to shut down the government for their benefit.  It seems to me that there has already been compromise in passing the law.
What happened in Congress is the same thing that happens in the streets. When you make bold claims about what you are going to do to get recognition you have to follow through on some of it or you risk looking fake and losing respect. Some of those representatives have been telling their constituents they were going to Washington to shut down Obamacare by any means necessary. They kept saying it even after the Supreme Court upheld the law and the president was reelected.  They had to take it to the extreme and legitimize their position. They couldn’t go back home with the program being rolled out quietly then turn around and ask for campaign funding without taking the most extreme action because districts have been so gerrymandered that there’s someone even crazier than they are willing to do or say anything to go to D.C.
Posted by Clifton at 10/01/2013 04:58:00 PM 8 comments: