I have watched the "Kramer" clip a few times. I will forgive the people in the audience that were laughing because afterall it was a comedy club so maybe they were not sure what was going on. I'm sure there are blogs all over the internet addressing his use of the N word. There is no need for me to get into that part. I will say this. I think I speak for all black people....

We need the word "Nigger" often! We even have created a different spelling for it so it won't be so offensive when we use it. Since I hear it dozens of times a day I won't consider physical violence as a valid reaction towards Kramer going off. However....no one should ever make any comments about lynching. We don't even make jokes about lynching and we laugh at everything. That is off limits. When I hear talk of "being upside down with a fork up my ass", I want to get a big ass gun and wait for the revolution to start. There will be no Emmett Till repeats without some retribution. The only good thing about that night is that Kramer was yelling at some civilized brothers. It could have been some Professor Griff disciples in there that would have burned down the damn club. That might have been cool. 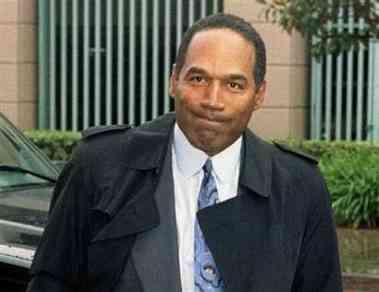 The Votes are in!!!
All precincts are reporting...
It wasn't even a close race....
I am proud to announce that O.J. Simpson has been voted as the most stupid black man in America. There is not another black man in the history of this country that would be lucky enough to escape the death penalty for killing two white people and keep showing up on TV and writing books to rub it in their faces. Any other black man that would have gotten this lucky would have went to Europe or something and never came back. Even Micheal Jackson had enough sense to know that you get out of the way if you beat the rap and he thinks playing Twister with 12 year old boys is ok. Johnnie Cochran is looking at this somewhere wishing he would have let this dumb ass go to jail. I can't believe Fox was going to let this fool actually explain how he would have killed those people.
p.s.
Isn't it amazing that Fox News is the national propaganda machine for the conservative movement in the country but almost every other show they come up with is some sick ass piece of television. How do right wing people take this channel serious when they come up with stuff like the O.J. special and things like " Who Wants to Marry a 500 lb Midget" ? It just goes to show that people will roll with any form of media that says exactly what they want to agree with.
Posted by Clifton at 11/20/2006 07:41:00 PM No comments:

Gerald Levert was 40 years old when he had a massive heart attack last week. I would be lying if I said that didn't scare me a little. Gerald was not a small man. Neither am I. I'm not an extremely large man but I am not a little one either. I probably could use some excersize and a diet change. I really don't do anything healthy. I eat way too much fast food during the day and fried food at night. I stopped going to the park and all I do at work is sit behind a desk. Basically, I am just living my way to the same outcome as Gerald. It's hard to let go of bad habits that feel so good. Have you ever tasted Patton's hot sausage? Having a daily cocktail or two probably doesn't help either. Situations like that are not that cut and dry for me. Grandpa was damn near 300 lbs into his 80's and he never had trouble. Of course, I don't know if he ever ate fast food a day in his life. Then I come from that old school New Orleans frame of mind where pot bellys have sex appeal on the right person. Whatever the the case is, I have to make sure I don't put myself in any unneccasary danger. There's enough of that for a young brother already.

How can you do this alone?

In life you have circumstances that give you new perspective on some things. This week I have been blessed to get a new outlook on parenting. I just want to say to all the single moms or dads out there. You are wonderful people. You are wonderful for your restraint. How you guys get up every morning, get yourself ready for work and get kids dressed and ready for school for years and years without any breaks or killing the other parent is remarkable. I have been doing it for four days and I am ready to quit my job and be Mr. Mom just to keep from dealing with that every morning. Instead of putting deadbeat dads in jail for not paying their child support. They should make them have to do the morning preperation for 3 months straight. After that, he will gladly pay back support plus interest. If you really want to add some extra spice to the morning add the following equation.

1 bubbling stomach + 30 minutes over sleeping + one three year old that hates the sitter. 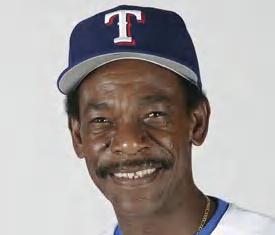 I decided once a week to spotlight a New Orleans native doing great things. I know it's election night and most people are focused on whether the donkeys or the elephants get to steal some money. Instead of talking about that right now, I want to give some love to Mr. Ron Washington. He is the first black manager of the Texas Rangers baseball team AND he is a full blooded New Orleanian (looks like an uptown brother to me).

Congratulations brother Ron. I don't watch baseball all that much but dammit I am rooting for the Rangers.
Posted by Clifton at 11/07/2006 09:12:00 PM No comments:

I’m just an ordinary guy. I like nice things but it doesn’t define me. I am cool with a good barbeque pit, all the channels on the cable box and cold beer. During my adult life that frame of mind may have hindered my professional growth. The thing is that although I probably could be more advanced, I am totally comfortable and not going crazy like some you are. Don 't take that to mean that I don't want to grow and prosper. I really do. I just think I am a pretty great guy regardless. I struggle with this mindstate because I am usually the only one around that see's it like this. Everyone appears to be in a panic to change where they are except me.
Why can’t we feel good about just having jobs and doing regular stuff. We all need to keep getting bigger houses, bigger cars and bigger debt just to keep feeding that foolish notion that somehow that makes us better people. I can’t prove this but I think we are the only group of people in this country that are never happy being regular people. We are the people who spend money on things way out of heir price range to feel included. Look at our movies, books, schools, churches and television shows. Black people pay attention to the overly blessed and gifted or the drastically ignorant and poor. It’s the upper-class or the thugs with nothing in between. Nobody recognizes the guy that works for the sanitation department or the sisters that work in housekeeping doing what they have to do everyday and are not mad about it. We are expected to want to do better than our current situation. If you do anything less than that you are considered crazy. It’s the reason why brothers lie to sisters all the time about all the things they are planning to do when in reality they don‘t plan on doing anything. It’s the reason the sisters always pick the fantasy guy and end up depressed and unsatisfied. It’s the reason our young people would rather make some rapper who brags about having things they can’t afford their hero instead of the plumber that lives across the street. It’s the reason that same plumber feels bad sometimes for actually liking his job. Nobody around him wants to be who and where they are so something has to be wrong with him. You should feel good about an honest day's work and liking what you do. You shouldn't feel bad for enjoying your modest home and still living in the old neighborhood. The pursuit of material possessions has way too much power in determining our self worth. If you have the means to shine then by all means do so. If you don't have that ability right now, don't look at yourself any less because of it. If you conduct yourself in the right way, you can shine in a hooptie.