An Open Letter To Dwayne Carter 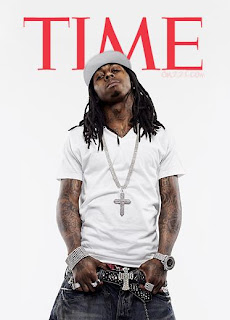 You are about to be released from prison any minute now. I’m glad you made it through safely. I’m writing this letter to you to ask a favor. I’m a fan of yours. Sometimes your songs don’t really make a lot of sense to me but you always manage to release a few a square older dude like me can get into. I’ve figured out that your charisma is so much that you can get away with not being that deep. People are going to like what you do because of your personality. That’s a gift that not many kids that come from where we do get to display to the world. You should feel blessed. You should know that I am still upset about those little girls being on stage during the BET Awards while you were singing that horrible song but I forgive you for making Drake so popular I can’t turn on the radio without hearing his annoying voice. Let’s get to my favor.

I have no right to tell you how to act or what to do. I’ve already read about the big party plans after your release. You have the money to do it so have a good time. This is America and I don’t believe anyone is obligated to be involved in anyone else’s life if they don’t want to be. I am not expecting you to come out of jail, head to New Orleans and rescue the kids of Hollygrove. It wouldn’t be fair to demand that from you when there people who live here that are not involved. If you want to buy another five cars when you get out or find another spot on your body to tattoo then you should do it. If that’s your agenda then have a good time.

What I would like you to do is not to make jail sound like summer camp or some cool place to be. It would be nice if you really make it seem like you are sorry for doing anything that led to you spending a day in there. Even if you don’t mean it you should say it. There are a lot of kids that look up to you. While I know there’s a bunch of rappers that portray that street thug lifestyle, there aren’t many who carry your weight. In fact most of those other rappers are just copying off what you are doing anyway. The kids on the streets are living out the lyrics but at the end of the day there isn’t a director stopping the camera so they can head back to their mansions like you. They are going to prison without any protective custody. Even worse they are going to the cemetery. I know your music didn’t cause this and I am certain that just you alone couldn’t stop it but you don’t have to add extra fuel to the fire. It's already burning out of control and we are having trouble stopping it.

Wayne, when you hit the streets, please talk as negatively about prison as possible. Please just do this one thing for the people. Make it sound so horrible that maybe some kid might think twice about ending up there. Don’t worry about your street cred because you haven’t lived a street life for a long time. Plus you have enough charisma and talent to not have to be a slave to ignorance. If you don’t have anything bad to say about being locked up it then don’t speak at all. I don’t think this is too much to ask.

We humans romanticize the wrong things, don't we.

Very well put now all we need to do is hook him up with your blog and he'll be alright!