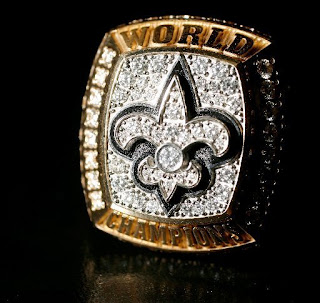 Tomorrow I will be headed up to Memphis to see my parents, brothers sisters and my new niece. I'm looking forward to it. A lot of times I have a bad habit of refusing to let myself be excited about things or look forward to events that make other people feel good like the holiday season. As a matter of fact, I was being a smart ass earlier today and told one of my friends that my favorite day of the holiday season was January 2 when everything is over. I didn't really mean that. It's just that I get drained from the daily routine and it's hard to switch out of that focus on what I need to do. I'm working on that.
The truth of the matter is that I have a lot to be thankful for this Thanksgiving. If I was one of those people that could detach from everything going on in my city, state and country I would consider this one of the best years ever. Since I am not that kind of guy I won't do that but I won't act like it's all doom and gloom either because that wouldn't be honest. I was just sitting here having a pre-road trip cocktail and decided to write down just a few things I am thankful for. I came up with this list that contains no food or alcohol products.
I am thankful for......
Family
Friends
Fatherhood - If it wasn't for this I would probably be jumping off a table in a barroom somewhere with no hope for tomorrow.
The Volunteer and Information Agency and it's employees
Unity of Greater New Orleans
KIPP Central City Primary School
Good health
Superbowl 44
Hartley's Field Goal
Tracy Porter's two interceptions - If I am ever on life support play this clip and if I don't at least crack a smile go ahead and pull the plug. I'm already talking to my grandparents.
No hurricane evacuations in 2010
Howling in the Wires (Thank you Sam and Mark)
The Ashley Morris Award (Thanks Rising Tide People)
CNN Newsroom with Don Lemon (Thanks Karen Gadbois)
The opportunity to help others.
The Volunteers of America Mentor Program
My mentee/little brother Christian and my other little sidekick Savion
All the people from different walks of life around my city that believe in me
See, 2010 hasn't been so bad. I hope everyone has a great day Thursday and I hope the Saints whip that fugazi football team from Dallas. I hope me watching the game in Memphis instead of my usual spot doesn't break the winning streak. It doesn't matter either way because I'm going see the St. Claude Street gang our our new addition. That's even more special than Reggie Bush's three touchdowns his first game back. I have my priorities straight. We'll talk next week.
P.S.
I'm also very thankful and excited about Jay Electronica signing with Jay Z's Roc Nation. 2011 will be the year the image of the New Orleans MC's changes for the better.
Posted by Clifton at 11/23/2010 10:29:00 PM

i'm thankful that my word verification word is surefrow

and that erster turned me on to your blog.

holler when you get back to town big dog.

Hope you had a wonderful Thanksgiving in Mphs. Hope you enjoyed your family and some REAL BBQ. Once you find out that Mphs is going to spend $110 Million to gut and modify the pyramid so Bass Pro can put a shop inside, you'll be even more thankful that you live in NOLA. I, too, am thankful that i discovered your blog. It's great to read grounded commentary, even if I don't always get your musical tastes. It's a white senior citizen thing. Have a safe trip back. (that gator person)