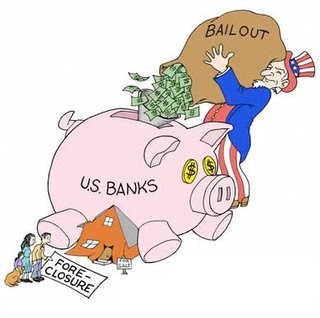 I believe in the American hustle. What that means is that I have nothing but respect for the person who can come up with an idea and a plan to gain wealth. I don’t care if it’s Sam Walton, Martha Stewart, Baby from Cash Money Records or the kid that designed Facebook. It’s all fine with me as long as you don’t kill anyone or destroy the wetlands. I also don’t believe the government should reward people for screwing up. That’s not the same as helping people stay in their homes and feeding their families. We should be doing that because it’s a humanity thing and take it from me, there is nothing rewarding about living off of public assistance. That’s a misconception created by the media. If you or anyone you know has ever had to struggle on that level you know it’s not a paradise. If it was there wouldn’t be the amount of pain and desperation that leads to criminal behavior. You’d have to be insane to live like kings and queens at the government’s expense and still be that angry. Hell, it’s hard enough to stay sane while earning your own money that’s never enough but that’s not what this post is supposed to be about. Let’s get back on topic.

Today President Obama made his first decision I agree with 100% when he decided to limit the salaries of companies who receive government bailout funds to 500K. There are people in the financial world screaming bloody murder about this but he’s talking about folks who are getting bonuses for running companies that would be bankrupt right now if the government hadn’t bailed them out. They don’t deserve a bonus especially since they got the TARP funds for help and still didn’t loan anyone money or extend any credit. Now companies are dropping employees like flies because payroll is always the first thing to go when times get hard. Those guys deserve a bonus? Most of you would get fired for taking the extra bottle of White Out home without permission. Even though this is supposed to be punishment, 500K still sounds like quite a lot of money especially when you already have millions in the bank. I could live for the next ten years with that amount. Corporate big wigs from failed companies shouldn’t worry. In a year or two the economy will be picking up again, you can pay back the public’s money and go back to blessing yourselves with huge bonuses and private jets again. You can do all of that and have fun with it as long as we don’t have to pass a bailout plan that didn’t work followed by a stimulus bill that is so big and complicated that no one can explain exactly what its going to do anymore.

OMG give me 50k a year! As a single person, under the age of 30, no kids and minimal debt past a car payment and a low student loans. I'd be LIVING LARGE... paying off my little debt left and right. AND going to South Africa Twice a year. They lucky they get 500k. I would say they need a lot less. Like they get paid more than the president and they aren't making money... I would say 200k but people would probably try to take him out. But I think that's sufficient and still generous because other CEOs are not taking a salary til this gets fixed (THE RIGHT THING TO DO). So for the broke CEOS who are getting a cap at 500k, I say BUDGET BITCH because that makes no sense that they live large while they raise interest rates, waste money unnecessarily and obviously aren't making any progress on being less broke... tisk..

You got me blogging on your thing, I'm going to my own space... this bothers me... smh