Sitting On My Porch Part Twenty One 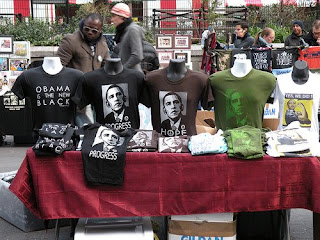 It’s been a week full of hope and pride as well as a week full of aggravation and frustration. I don’t know what happen to these young cats when the clock struck twelve on New Years but we need to figure it out. Maybe there’s something in that baby’s diaper that they drop on top of Jax Brewery for the New Year. We got to do better because tension is thick and it’s not even hot outside yet.

For years black people have made fun of parents that gave their children names that we didn’t think would help them get a job interview like Taquawandana and Alterdarius. Now that mainstream has an elected a man named Barack Obama anything goes. I don’t have a son so I am depending on one of my brothers to name their son Kareem Pharaoh Bamboola Harris. With a name like that he may get invited to join Skull and Bones in 25 years.

Have you ever had a person say something to you so disappointing you went from being happy to see them to never wanting to again in seconds? My favorite instance of this is when I ran into my friend Stacey from high school and the first words out of her mouth were “Damn Cliff! What you been eating? Everything?” …….I have not seen her since.

You what I can’t stand? I can’t stand people who rhyme their New Year’s resolution with the sound of the year. You know “Doing fine in 2009” or “Everything’s divine in 2009”. You can’t get any cornier than that.

I totally support the move to block multi family developments in New Orleans East. I’m just sitting here thinking about our low insurance rates, world class dining, smoothly paved roads, state of the art schools and medical facilities, great family recreation, and last but not least our great shopping areas and entertainment venues. Why would we want to share this paradise with renters? How did people know about our great way of living anyway with our sound wall protecting us from the noise of the interstate? We have to protect our high quality of life.

The country may be in a recession but I know one group who is not hurting at all. Who ever is making those bootleg President Obama t-shirts and paintings that people are selling in the hood is making so much money they can’t count it fast enough. The one hazard when buying anything bootleg is that sometimes things are not what they seem. I saw a guy selling President Obama t-shirts with Michael Evans from Good Times on the front. I know Mike was the smartest kid in the projects but I don’t remember the episode when he made it to the White House.

Next Saturday is the Beyond Jena forum at Xavier. There are a handful of tickets left. I just want to tell all the people who told me they registered when I sent them the link that you better show up. Mr. Everson deserves a good turnout. Because of that I will spend the next week blogging about absolutely nothing related to local issues, politics, crime or anything of that nature. I’m getting all my fresh material together for the public. In the meantime I will waste some time and try to expose folks to the hip hop talents of Mr. Jay Electronica. I had no idea the brother was from . I have checked out a few songs and I think he’s going to be next cat from to make it big. That will be cool since he’s sort of the opposite of Lil Wayne. This is an old song I am posting but since I just heard it, it still feels new to me. Guys like this always seem to have to leave to make it.