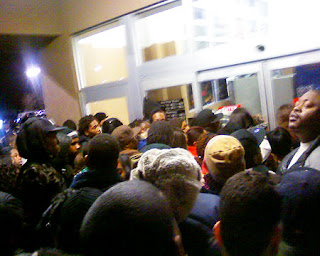 I couldn't come up with a proper name for this post without cusswords.

There wasn't even that many great deals. That poor man. People are so selfish.

It is sad what happened to that man trying to make a living. You are correct that same stuff will be on sale again. People are so silly and foolish many stores were giving discounts prior to black Friday. No possession was worth that man's life! They all need to be punished for the lack of concern. Customers would NOT leave the store after it became a crime scene. Very Sad incident.