In Need Of New Money 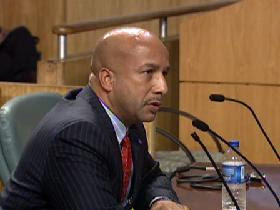 This city budget process is giving me a headache. I am trying to pretend like I care about the odds and ends but to me city services already suck so what’s the big deal. I have been reading and watching but it’s hard to pay attention to. It’s seems to be lots of finger pointing, excuses and division with nothing being done to change the situation for the long term. That’s been the usual routine lately. Why do we only have 30 days to approve a budget anyway? With the circumstances of this city shouldn’t this process have started a few months ago? That way everyone has a chance to go through everything a few times before they decide to cut anything. Here’s what I never hear but I would love to. Why isn’t anyone talking about how to generate new revenue for the city?

There are some folks in the blogosphere that have convinced themselves that all of the extra city money is at Ray Nagin’s house. The truth is that ever since I started following city politics in high school they have had budget issues. Marc Morial used to ask for extra tax revenue every year and never got it. We have to figure out how to get some new money. We might be paying too much for garbage collection. I am certain we didn’t need to spend a dime on crime cameras. Real criminals don’t give a damn about a camera. Even if we corrected all of that we would still be broke.

We need to think outside the box. We got a big river and a port. We own the airport. There’s even an amusement park out in the East even though it’s kind of rusty. I don’t know what the plan should be but since it’s obvious no one wants to pay any extra taxes someone needs to come up with something. Remember when Ray Nagin first got elected mayor he said he wanted to package and sell our water? I guess after watching all the things floating during Katrina we can’t sell that idea anymore. All I know is that there is no disaster loan money left after this budget and I don’t want to hear all the crying when there are about 5 streetlights still lit and a pothole so deep you can reach China.

Just for the record: Cliff wouldn’t be against paying a few more cents on the dollar for the health of the city. We just need to come up with a way that no one would screw with it.
Posted by Clifton at 12/04/2008 08:46:00 PM

"We just need to come up with a way that no one would screw with it."

I think that answers your question. It's what what this City Council is attempting to do, despite Nagin officials.

The City Council and the Mayor are both trying to come up with ways to balance the budget without stepping out of the box and working on plans so we wouldn't always have to go through this.

So, you trust Ray Nagin to spend your tax dollars wisely?

No I don't but we had money trouble years before Ray Nagin and we will continue to years after he is gone if we don't come up with a way to generate more revenue. The problems we have in this city started way before Ray Nagin got elected.