What Made Mitch Run Again 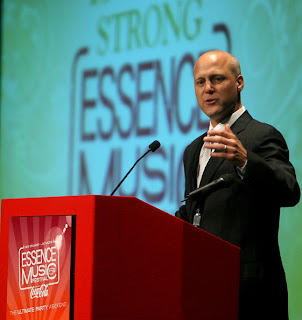 For the last few days I have been trying to figure out why Mitch Landrieu would put himself through another campaign for mayor of New Orleans. He’s already lost twice. It seems like that’s the only race he can’t win yet he still keeps trying. He's turning into the local John McCain. Personally, I like him. I think he’s a good spokesman for the city whenever he gets a chance to do it. I don’t know if he would be a good mayor or a bad mayor. Deep inside he has to think he can do something special to turn the city around because why would he keep running. The risk of becoming a three time loser is worth it to get a shot at making big changes in city government. That’s one theory. The second theory is that he looks at this current group of candidates and doesn’t see a black candidate that has the name recognition like Marc Morial did the first time or paranoia working on their side like Ray Nagin did the second time he ran for mayor.

Maybe things have regressed for black political leadership in this city that enough people will associate him with his family name and give him a shot. That might work out as long as no one decides not to vote for him as punishment for his sister being one of the senators that helped kill the public option in the health care bill. A plan like that would have helped this city of hardworking and underpaid people a lot. There may not be enough people in the city following national politics closely enough to realize that so he should be good. The third theory is that the office of mayor in the city of New Orleans is like a holy grail for his family. If my dad was mayor when I was growing up I would want to be mayor too. I don’t know if I would have wanted it enough to run so many times but I understand. I don’t know who I am voting for yet but now that Mitch Landrieu is in the race I expect that everyone else should have to step their game up since he should be on another level from a political standpoint. Debates and appearances with the rest of the candidates are going to be big for him because if he stands up there and there is no clear difference from a man with his experience and the rest of the candidates then it makes no sense to vote for him. We might as well go with the new blood if all things are equal.
Posted by Clifton at 12/10/2009 08:41:00 AM