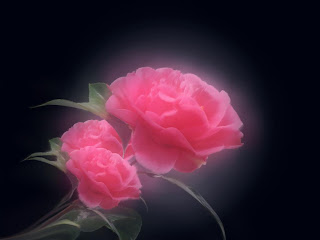 Yesterday my remaining grandmother Mildred passed away at the accomplished age of 90 years old. I’m not going to get overly emotional about it. I already wrote my grandmother dedication on Just a Song. Besides, when someone lives to be 90 and has a good time along the way the thing you feel the most is satisfaction. It’s not like when one of these kids gets murdered in the streets over beef. That’s a tragedy. When you are 90 and go peacefully with love ones around that’s a measuring stick. Work was a little rough today but I am doing alright. The thing I miss the most is the lessons on life that older people can give you. Young people think we have it all figured out because we can use a Blackberry and update our Facebook pages but we don’t really know anything yet. That’s why you need people who have been through things and made all the mistakes you are going to make to give you a heads up. Conversations with older folks are really easy. You don’t have to say much. Just sit there and listen to what they tell you and what happened to them. You will be amazed how that stuff comes back as a reference when you are trying to figure something out years later. With that in mind, here are five things I learned from my elders.

1. Never make people you care about feel that they owe you something for the things you do for them.
2. Always take pride in your work and try to do it well even if it’s cleaning houses.
3. When someone comes to your house always offer them something to drink or something to eat.
4. When a man works hard all week he deserves a big breakfast on Saturday or a big dinner on Sunday (words of my grandpa)
5. Always try to have a good time and relax even if it means just sitting outside with a beer.

I’m not sitting outside while I write this but I am going to have a good time writing the rest of this blog post for my five loyal readers.


New Orleans is caught up in a contagious condition called Saints Fever. It has gotten so bad that I am can’t be mad at the bandwagon jumpers anymore. The force is too great not to get swept up. I love the good vibe but I am going to need people to stop sending me text messages with Saints pictures or poems. It’s the same messages over and over and people keep sending them. I would also appreciate it if people would stop using the phrase “Geaux Saints” instead of “Go Saints” to try and seem more authentic.

Saints Fever is sucking the energy out of the mayor’s race. It has about as much energy right now as a dead car battery. It’s a little puzzling because I would think that the budget process is a perfect time for a candidate to step up and explain to me how they would come up with a way to generate 68 million new dollars to fill the budget hole instead of fussing over what cuts are better like the mayor and council are doing now. All cuts to services suck. It’s like choosing whether to cut off your arm or your leg.

President Obama’s speech was good but he should have just ended that war and just given Pakistan what they needed to keep fighting the terrorists since they are all on that side of the border. By the way, doesn’t any reference to finding Al Qaeda sound weak now since we never fully went after Bin Laden? Isn’t that like going after the mafia and arresting everyone but the boss?

I think we should leave Tiger Woods and his wife alone to work things out in private. It’s their lives and really has nothing to do with me. I am a little fascinated at the fact that he’s going through all this behind a cocktail waitress. Now, I have seen some fly cocktail waitresses but Tiger is a billionaire. This is a great example of difference between men and women. I am willing to bet you a lot of money that you hear about Oprah Winfrey messing around with the dude that cuts her grass. That’s nothing against dudes that cut grass. I just can’t see a woman risking that much for someone she pays out of her petty cash. It’s like Chris Rock said;” if it chases us we can’t run that fast”. It looks like Tiger pulled a hamstring.

All the positive things people see in me are just bits and pieces of the men and women that raised me. All the negative things are my own creations. If you have someone in your life that you hold in high regard give them a call or stop by their house tomorrow just to see how they are doing. People like that kind of stuff. If I had the chance to go sit under the patio on Benton Street, drink a few cold ones and listen to Frankie Beverly tomorrow I would.

Cliff, so sorry about your grandma.

If the rest of your family is half as good as you, she had a fine life.

Great post, Cliff. My condolences on your grandmother. I hope she passed knowing what a fine family she raised.

And I think you've got a few more than five readers.

God bless you grandma and thank you God for giving grandma such long and well-lived days.

Cliff, thanks for sharing this. I will take the "Five" to heart.

May her memory always be for a blessing. I know my great-grandma's always is, and she lived to be 99, even meeting my then-fiance-now-husband before she passed away.

Be well and watch that black & gold flu. Such euphoria!

My deepest sympathy, Cliff. You have honored your parents and grandparents in your writing here and in the values you express and the way you live your life.

There is a thoughtfulness and fair judgement on display in your writing that comes from wisdom handed down as well as what you have learned from experience. Those things make you a very compelling writer.

In a way, one could say they still have a living voice through you. That's not a bad way for a grandmother to be remembered. I'd say she must be pretty pleased with what she's accomplished.

"Besides, when someone lives to be 90 and has a good time along the way the thing you feel the most is satisfaction. It’s not like when one of these kids gets murdered in the streets over beef. That’s a tragedy. When you are 90 and go peacefully with love ones around that’s a measuring stick."

Along with co-signing on the "5," I love and agree with this very astute observation my friend! My grandmother died at 93 in 2002. She buried most of her 15 children. When she was 87, my mother, who was the oldest, died. She and I were sitting on the front porch of Mama's house in SC - just to get away from all the people for awhile. She leaned over and said, "Debi, fix me a drink." I said, "Grandmama, you know they (the remaining son & daughters) don't want you drinkin'!!"

I got right up, made two big mugs of coffee and threw a shot of Hennessey in it for each of us and sat back down with her. My aunt came out to ask her if she needed anything. She looked at me, then looked at her, and said - "Not a thing Ma'am."

Soon as my aunt went back inside, we looked at each other and just busted out laughing. That, "fun along the way thing" does make the loss easier.

My condolences to you and your family, Cliff. And tell that Baby all of your grandmother's stories!!

I'm so sorry to hear about your Grandmother..

Judging by her Grandson she must have been a wonderful woman.

I'm so sorry to hear about your Grandmother Cliff...you and your family are in my prayers.

Many condolences on your loss. Many thanks for sharing a fine tribute.

Sending my Love tell DeeDee or Corliss to ge in touch with me please this is your cousin Deorah been trying to find you guys victoria1305@yahoo.com

I am very sorry about you losing your grandmother. My grandmother raised me and I remember feeling a tremendous loss when she passed.