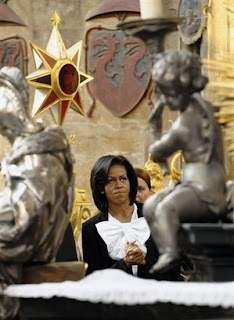 I think that remaining positive in this day and time is a hard task.

I think the shootings this weekend especially the death of 15 year old Lakita Johnson is a painful reminder that the ignorant culture we are fighting against will not go away quietly. Yes, we care about our community but that element doesn’t. It’s not going to be easy.

I think that sometimes there is no silver lining with something bad happens. Some things are just messed up and the only way to truly deal with that is to admit it to give the situation the proper perspective.

I think when things start feeling a little heavy, sometimes all you need is a good conversation with a fascinating person to lift your spirits. You learn a lot of cool things about people when you are just shooting the breeze.

I think that it’s never a good idea for any one in leadership to accept expensive vacations from an employee. After that your authority is compromised. My mayor should know better than that. You can never be sure whose paying for stuff like that.

I think I was feeling Michelle Obama in Europe representing the country with style and grace. There is nothing about that sister I don't like.

I think that since there are government programs designed to provide assistance to struggling families that require them to take drug test, work at a job that’s usually dead end, and have case managers walk through their house and invade their privacy it’s totally fair if a company’s CEO has to step down if they ask for tax dollars for a federal bailout. Welfare is the same no matter who’s asking for it.

I think with so many unstable people in the country that are struggling leading to folks shooting at innocent people and law enforcement, now might be a good time to cut out some of this paranoia about Americans losing their freedom. That’s why we have checks and balances people. Glen Beck has gone crazy.

I think I am against wars and stuff like that but if North Korea won’t stop playing around with these missiles we might have to do something.

I think I was the most disturbed I have been in awhile on last Friday when I heard a bunch of fifth graders talking and one of the girls in the group was yelling at this little boy because his girlfriend was “cheating on him and talking to all kinds of other kinds of boys”. ………What the hell is going on? When I was in fifth grade I still thought pro wrestling was real.

I think I really have a personal problem with the co-worker that talks way too loud on their personal phone calls and you hear too much detail so you start to feel uncomfortable around them because you know about things like their stomach problems caused by Sunday dinner or their husband’s back acne. People should really step in the hallway for certain things or send text messages.

Finally, if you make the conscious effort to bring your lunch to work everyday so you won’t have to go out and save money but get so stressed out about work and life during the day that you end up getting a daiquiri from the daiquiri shop on the way home or stopping at the convenience store for a few beers to get ready to deal with tomorrow….I think you might be from New Orleans.


I think me and my baby are rocking out to this song every morning.

I rock to that song too! Glad you posted it because I didn't know who the artist was. Keep rocking!

I enjoyed this front porch collection of thoughts and that's a great good morning song!

I wonder if those fifth graders ever get to see video clips of Michelle Obama -- I never seem to catch them on the tv news, only online. I think it's very positive that she is saying that being smart is cool.

Sometimes I worry the world today really confuses the smart kids who might not yet have much confidence. For that matter, it confuses the heck out of me.