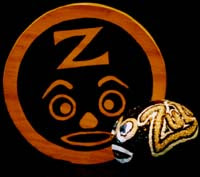 I’m not going to replay the whole Katrina scenario again on the anniversary. I was born in by way of in the Seventh Ward. When I lived on , I still remember stopping at the Manuels Hot Tamale stand on St. Bernard with my daddy on the nights we had to bring my grandmother home to the St. Bernard Project. I spent 20 years at in the Lower Ninth Ward. That's a block from supermarket if you don't know. When I was a little boy, I can remember going to St. Claude supermarket with my grandfather and getting the good meat out the back (because Mr. Walter don't want that stuff that's been sitting out). I went to McDonald 19, Thomas Alva Edison elementary, Samuel Peters Middle and . I know the proper way to boil crabs and crawfish. I know that nothing taste better in red beans than D&D sausage and pickle meat. I know you haven't had a ham sandwich unless it's Chesisis. I love pineapple Big Shots with a hot sausage on French bread.

I'm tired of acting like I need to be ashamed of being different from everyone else. I am 100% full blooded . If I had moved because of my job, got displaced by the storm, or just wanted to explore the world I would still be full blooded . We don't talk like everyone else. Our taste buds are different. We are the only ones that know the proper time to say "Look at the Big Chief golden crown". It's time to stop letting the media and unconcerned politicians persuade us into not being proud of whom we are. It's time to treat the city with the same concern you would treat a member of your family. That goes for everybody know matter where they live now. I'm not saying you have to come home and fix a house (that would be nice). I'm saying we need to stop putting down our city because when we do we basically put down ourselves. There's no one who can do that all the time and function. We need to embrace the good things that we love and start cleaning out the things that keep bringing us down. That means black people in the city have to own the crime problem. After all, it's our sons, and brothers in the streets covered in blood. You can't get mad and scream prejudice if other people are scared especially when we are just as scared if not more. White people have to stop taking local black anger so personal. We know you are victims too so embrace it. We would probably do a lot better if you guys would get in front of the camera and let the world know that you were in the Superdome and Convention Center too. It's not the people in the Ninth Ward's fault they are always the face of Katrina. That's what sells papers and magazines. We need common anger to get this thing together. I am not going anywhere. Unless God decides to send Katrina's cousin this way I will be here. However, I don't want to be here putting up with things that I shouldn't have to because people can't see the big picture.