Sitting On My Porch After Going To The Essence Festival 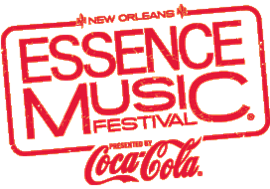 It’s 9:00 PM and I just realized that I didn’t take my ribs out of the deep freezer for tomorrow. I like to season my ribs the night before but I guess I won’t be doing that because right now they are frozen solid. Sometimes you have to take a stand. I’m letting everyone know right now that if it’s over 90 degrees tomorrow I am not standing over a pit full of charcoals and suffering until these ribs and pork steaks are done. I will be sitting under the AC and preheating the oven to 350 degrees.

I would like to direct you to a short but heartfelt post written by Bayou Creole titled “Hello It’s Me”. I just want to congratulate her and say that I am slowly approaching that point myself. She’s ahead of the curve because not only did she find herself, she actually can admit she wasn’t the same. You would be surprised at how many people haven’t been able to do that. Go to her page and show her some love.

In keeping with that theme, last night I went to my first Essence Festival night since Hurricane Katrina. It wasn’t the night I would have picked but I took one for the team and sat through Janet Jackson’s 15 wardrobe changes. That lady has a lot of energy. She would probably still be going now if she had to. I had a good time despite not sneaking in my own drink and having to pay Superdome prices. I even saw Rickey Jackson and almost turned into a ten year old kid for a minute until I realized other guys were looking. It also was the first time I wore a fresh linen outfit since the storm. I may have gone again tonight but unfortunately my body isn’t prepared for two late nights in a row so I am home. I still think we should have boycotted due to Maze being taken off the last night but the city needs the money.

Speaking of money and the city, I am looking forward to the mayor’s state of the city speech on Thursday. I hope he keeps it as realistic as it can get so everyone knows that we are in a slow jog to doing better and not a sprint. Mayor Nagin isn’t in office anymore so we should be back to thinking rationally.

Chris Paul needs to keep it real and just say he wants to go play with one of his free agent friends who have been talking to him about being traded. He already knows that the Hornets don’t have a lot of cap space and can’t really change the roster right now. I know he keeps saying he loves the city and all of that but the national media will ignore that and the fact the Hornets have bad leadership and blame the city. You can’t blame New Orleans if the Hornets aren’t successful. We have over 40 years of experience supporting horrible teams and unlikable ownership. Tom Benson hasn’t always been a champion of the community and the Saints have a waiting list for tickets. If the Hornets fail in New Orleans it will be because of the NBA and their elitist attitudes that encourage its best players to abandon small market cities. If you don’t believe me ask those poor people in Cleveland who have had to listen to the media talk about the 2010 free agency season since Lebron James signed his last contract.

When I read about this giant oil skimmer that can process up to 21 million gallons of oil a day being tested in the Gulf in July, the only thing I can think of is why in the hell is this big son of a bitch just being tested in July. Was there another environmental disaster in April that had it occupied? See, if this thing works it’s only going to make everyone more pissed than they are now. That was my oil spill comment for the week to meet my quota as the stupidity continues.


I know everyone went to the first night of Essence for Janet Jackson. She did good but Charlie Wilson was the highlight of my evening. I have to show Charlie some love with some old school Gap Band.

Thank you Cliff. I look forward to the day we can all celebrate.

I hear you re the NBA and New Orleans. I lived in San Antonio when the Spurs moved there from Dallas in 1974, and have been a fan ever since. When we drafted David Robinson, all the national media could talk about was that there was no way he'd play in San Antonio and would go to Boston or LA after his military service was over. Turned out that the Admiral liked San Antonio, had a great career, and retired there. But the pressure on him to blow off the small market team was ridiculous.

Re the giant skimmer, I think work on it was just completed. Outfitting was still underway in April.

You really bring it in for me, Mon, every time. Literal Essence Au'du Ribs!
We hung that post too from Bayou Creole. Had to read it several times over.
And of course have had that damn song stuck in our brain all week!
People still think I'm kidding when I say this stuff keeps me outta McDonalds wit'a loaded water gun ahem, armload of throwin'pies or whatever.