I Love This Day 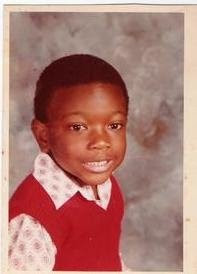 Sometime during the afternoon on June 11 1974, a pregnant lady was walking around Carrollton shopping center with her sister when she went into labor. This had to be a happy day for her because the baby was supposed to be born on May 11 and once the calendar hit June she had to be pissed. Sometime late that evening a young man was born and his parents named him Clifton Joseph Harris III.

People always wonder how I got to be a third when my grandfather’s name is Walter. Well, my dad’s mom had a an uncle named Clifton Jones that she loved like a father. There were already a bunch of cats in the family named after my grandfather and my grandmother wanted to name her first son to honor someone in her family so when my daddy was born she named him Clifton after her uncle. Now, just in case anyone thinks my family has some deep rooted problems, grandma daddy‘s name was Wade Jones and that‘s my brother Walter‘s middle name. My other brother Jerald is named after my deceased grandmother’s twin brother. We covered everybody. When I was born my mama decided to put the third on my birth certificate to give me distinction. It took me a few years to figure out the sense in all of that. Now that I am an older, cynical brother who gets aggravated easily, I think even if there wasn’t a Clifton Jones I would have wanted my mom to add the third to my name. If not I would be Clifton Joseph Harris Jr. and people would be calling me C.J. I would have hated that just as much as people who call me Clifford.

Thirty four by normal standards is pretty young. I realize if everything goes according to plan I have many years left. Sometimes when my birthday comes I think about all the guys I grew up with or the guys my age that I heard about who overdosed, got murdered, went to prison forever and all kinds of other things. I know so many people personally who never made it to 30. It’s no wonder cats my age talk like old men. It’s been a long life so far in many ways.

But I am not complaining. I want to be here a long time. I want to see grandkids and flying cars and vote for Will Smith for president in twenty years (You heard it here first.) I want to be the old cat sitting on the porch sipping brandy and telling young cats how to get their things together. I figure by that time I would have made every mistake I am going to make and did everything I could to fix them.

I don’t know why people get down and depressed on their birthday. Birthdays are great. It’s the day that whatever creator of life you believe in put you here. Everybody didn’t get the best hand dealt when they got to the table but you can’t do a damn about it if you're not here. I love June 11th. If I was all alone I would have a one man party. Until I became a father there wasn't a day of the year that came close. I’m posting this Salt and Pepa song on here just because the song and the video makes me smile. Besides, when it comes to hip hop you can never go wrong with 1988 or jeans with holes in them.

happy nappy folk and many more

u look like a preppy in the pic lol

Brave of you to post your childhood picture. T.

Happy Birthday! I came the day after my mom's birthday. Are we both glad. Have a great time off!

Happy birthday to a fellow Gemini.

Happy Birthday, Clif. When you get to be that old dude on the porch, don't forget your 'Gangsta Love' to keep the sun outta your eyes.

Happy belated birthday. Looking forward to reading your blog on your 50th bday. :)

Knowing that you stayed with your mother an extra month finally explains why you are such a mama's boy....You know I'm just f*****g witchu clif (or should I say clifford just to piss you off). Happy Birthday friend. I am glad you were able to spend it with your parents. I am sure this week has been special for you considering your family is so far away now. Many more to you dear...

Happy Belated Birthday Cliff!! You sound wonderful! I'm glad you got to spend time with your family for your birthday! Cute picture!

THANKS FOR MENTIONING ME....LOVE U ALWAYS BIG BROTHER, WHENEVER U WANNA GO AGAIN JUST HOLLA AND I'LL BE THERE....W.W.HARRIS!!!!

I am late with my comments. I have been trying to adjust to being back. I just wanted to tell you how much I enjoyed spending time with you. Even though it was only a few days, it meant a lot to me. By the way, I really was pissed because you did not show up on time. You were supposed to be born for Mother's Day but instead you chose to be born for your daddy for Father's Day. I am not mad because you were well worth the wait. I love you very much.
Mama

(Did I ever tell you my Clifton Harris is a Gemini too? I ain't seen him since 1985 but I remember his birthday is June 14 cuz it's Flag Day. LOL)