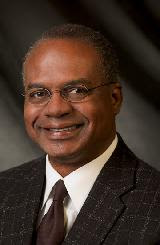 I would like to give my support to Norman Robinson. I love Norman and I hope he doesn’t get fired behind the DWI. He shouldn’t be out there risking his life and others like that . I have to confess to having my share of long rides home seeing double. I know what Norman Robinson is going through. That drinking bug is a terrible habit to shake once it gets on your back. It turns good people into stupid people. It's actually worse on you if you like it. I have really made and effort to cut down on that because I have been lucky enough to make it home for a long time without doing something stupid. I hope it works out for him. Who’s going go off on FEMA after the next storm if Norman isn’t around?
Posted by Clifton at 6/17/2008 12:07:00 AM

I wish Norman Robinson well also. I know from personal experience he is a good man. Yes, Good people sometimes make bad decisions or mistakes. I hope he doesn't receive the JUST US decision and lose his job. Mr. Robinson his a hell of an anchorman and he is the only reason I watch WDSU. If there is no Norman I am not watching the news anymore. P.S. I tried to post this blog last night and could not figure out what the hell I was doing. LOL! I realized what I wasn't doing. TTYL!

I couldn't agree more. Norman is a great anchor and the only local one I'll watch. I wish him only good.

Clifton, It's not something to laugh about that you have driven home many time "seeing double." You endangered not only yourself, but everyone on the road. Why should someone potentially become seriously injured or die because you are too stupid and lazy to get a ride home after you have been drinking? Why should someone pay the price so that you can drink and drive? Grow up.