Sitting on my Porch 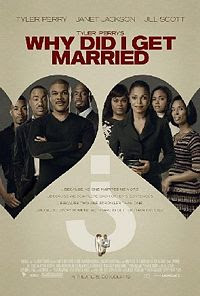 It’s been a long time since I freestyled one of these blogs………………..
Alright Tyler Perry, I didn’t bootleg the movie. I actually spent the 40 bucks at the movies to see Why Did I Get Married. You did a great job. I don’t usually like going see stuff like this at the movies but this one was worth it.
I just want to throw this out there right now. I saw Senator Craig’s interview with Matt Lauer. If America lets this guy get away with that crazy story he’s telling, every black person who has family in jail for something stupid gets to set one person free.
It seems another rapper is trying to find ways to give back all the money and fame by doing something crazy. T.I did a commercial with the most popular dude in NASCAR. All he had to do was join the NRA and they would have sent him brand new guns. I said it before and I will say it again. You can do really ghetto stuff only if you never plan on leaving it.
I know the Saints won Sunday night and a few people had a good game. However, upon further review I think I am going to leave Saintsation DiAnne as the MVP.
I just watched a great documentary series on VH1 Classic called Soul Deep: The Story of Black Popular Music. It was a great show full of rare clips and performances. The hour devoted to Otis Redding and Stax was particularly well done. It will probably never air again until February when everyone pulls out the black shows. If by some chance it shows up before then I recommend it. I hope I didn't miss the Eric B. and Rakim reunion or something history on the BET Hip Hop Awards. I probably didn't.
If every campaign ad from the challenger is about how the incumbent didn't do anything and every ad from the incumbent is about how the challenger is unqualified or corrupt, why in the hell are we voting for either one of them? Would there ever be a campaign slogan that says "He did a good job but I can do better"

I will give five dollars to anyone who has sat through one of those recorded messages from an elected official endorsing a candidate in the upcoming election. How do they get that recording to start talking after the beep on your voicemail? This has got to be a waste of money.
Speaking of voting….
Voting is the essence of democracy. People gave their lives for me to be able to do it and I truly believe in going to the polls to exercise this right. Everyone should but I have a request. If you are one of those people who doesn't watch the news, read the paper or have a clue about what’s going on; go to the polling place, sign the book and then walk out. Don’t bring your ass in there and vote for someone because you like his hair or he is light skinned. How do you think we got George W. Bush for eight years? A bunch of hillbillies somewhere voting for him because he had a ranch and like to BBQ. Now it’s mainly their kids who are stuck overseas. Be responsible about what you are doing in that booth.
I came across this video yesterday and the words of the song fit’s the life of damn near everyone I know. If black radio stations weren’t obligated to play the same song 30 times a day I would call and request this when I had one of those moments at work.

I actually LOVE that song. However, since she's black, but not naked, shaking her ass or talking about riding some dude like a limousine, or whatever that broad with the long face is singing about, people aren't interested. Sad.

The post was both excellent and funny. I've added it to my favorites. Thanx Breez and ACT!