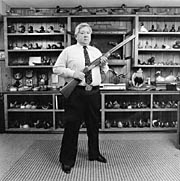 I would like to take a moment to say goodbye to Sheriff Harry Lee. I know it sounds crazy coming from a black man who fit Harry’s criminal profile but that guy made the New Orleans area feel special. I don’t there was anywhere else in the country that a Chinese American could grow up in the Ninth Ward, move to the suburbs, run for successfully for sheriff for thirty years, be beloved by white people and feared by most blacks. You couldn’t write a life story like Harry’s. I may have had a few uncomfortable moments on Airline Highway with some of his muscle bound deputies but once they ran your license and realized you were legal they got kind of nice. Rest in peace Harry. Get with Buddy D. when you get up there and send some positive vibes down for the Saints.

For some reason, not all my friends had the same reaction to Harry's passing.

NOBODY believes me when I tell them that the biggest redneck in the New Orleans area was a Chinese dude.

If I didn't live here I wouldn't believe it either.

HAHAHAHAH! Like I said before, there's a bunch of Niggas with dreadlocks, baggy blue jeans hanging off they're asses and too big white tee-shirts on, secondlining behind his racist ass, and come to think about it, you did say a musician was arrested for playing a jazz funeral *People's Eyebrow*