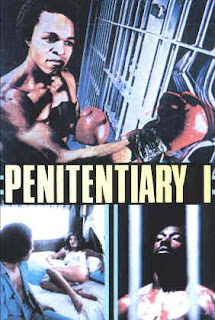 I have this strange fascination with the Lockup documentaries on MSNBC. I have watched every single episode of this series from all parts of the country and I haven’t seen a good jail yet. My favorite is The Pit in . Why anyone would want to do another crime after being there is beyond me. There are a few other things I have yet to see. I haven’t seen any prisoners looking happy to be there. I haven’t seen anyone bragging about the food. I haven’t seen any co-ed cellmates. That last one alone is reason enough not to go. I never got the whole going to jail thing. I remember when my boys first started going in their teens. All they came home with was less conscience and an addiction to honeybuns. They would tell me these stories and I kept waiting for the fun part but it never came. A few of my boys with a little more perspective than the others would just come out and tell me “Cliff, don’t you ever get anywhere near that mother@$%&^!” They didn’t have to tell me because I hadn’t planned on it unless I was framed by the FBI. Did I mention there are no co-ed cellmates? History in makes black people look at incarceration differently then other people but I would like to inform everybody that it’s not 1965. We are not talking about a bunch of political prisoners like Angela Davis and the Panthers. Some of these brothers are serious criminals and usually have done something to another black person. I also don’t hear too many of them saying they are innocent or how they were just protecting their family or trying to feed them. Maybe MSNBC doesn’t show those brothers. Maybe they find the worst cases in order to sensationalize their story to make people watch. Maybe the criminal justice system of America has spent so many years using brothers as a way to keep the billion dollar industry of housing criminals functioning which has led to so many of them being unable to maintain a normal life outside of prison walls and when they do get out the same mentality carries over to the streets leading to disrespect for the community and lack of compassion for human life. All of that is true. However, just because something is true doesn’t mean you have to buy into it at your own peril. If you really want to get back at the man for treating you like an animal, act more humane to your brother, get out and try your best not to go back in.

I am losing more and more of my street cred with every passing blog.