Back In The Hole Again 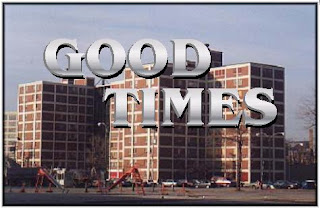 During my lifetime I have experienced different levels of being broke. Growing up I had close family broke. I have been through "lay off broke", "minimum wage broke", and "theft broke". There’s "too much fun broke", "lack of self control broke", and "too many girlfriends broke". The one thing all these conditions have in common for me is that they are easy to accept mentally and deal with. They are either caused by something you can’t control or something that was so fun you don’t mind the lack of money. The one state of broke that torments me is “almost have enough broke”. This is the condition where you are not broke enough to feel broke but never seem to have any extra money to do things. Every week it seems like some little situation or unknown expense comes up and knocks everything out of wack. It could be something as small as a flat tire or forgotten balance on a traffic ticket. Whatever happens breaks your routine just enough that it takes weeks to get back on track.

There is the aggravating realization that if you could just get five hundred dollars of windfall money you could put everything back in order again and relieve the stress. Of course that money never comes so you end up taking a bit from here and a bit from there and juggling as many payments as you can. You don’t want anything to be totally behind but nothing is totally caught up either. After awhile you realize that unless someone makes a mistake in payroll things are not going to change anytime soon. Crazy thoughts start popping into your head like “If I would have went to class for one more semester I would be making enough not to have this problem”.

Thank goodness our president and the inept Congress messed up the economy so bad that they felt guilty enough to give everyone a stimulus check. I have never been the type of brother to depend on the government for anything. I work for mine. That’s why last week I felt like such a loser for checking my bank account every twenty minutes to see if my money came in. I had calculated that money. It was going to get me back on track and make Mother’s Day better ( That shows you how stupid the government is. Everyone should have gotten their checks before Mother’s Day. Everybody would have spent a little extra on a mama somewhere).

That damn check never came last week! Due to the service I used to file my taxes my check won’t come until a month from now. If it comes then that’s fine. If it doesn’t I will make it alright. I come from a long line of brothers that never get free money. It’s one of the reasons that if the next hurricane comes through like Katrina did, I will be one of the few brothers that can still file a FEMA claim. The other thing is that the last week has seen some of the worst disasters in world history. I guess when I pull up to get my 3.60 gallon of gas I will think that I could be in Myanmar with some assholes called Junta holding back my food and water.

No truer words have ever been spoken!

We are in the same situation. I used citizen tax, free online filing and had the refund direct deposited. It showed up wednesday of last week. I used it to pay off bills and catch up.

I feel you, Cliff. I'm there. That check can't come soon enough. It's already been spent 3 times over.