Working On My Negro Dialect 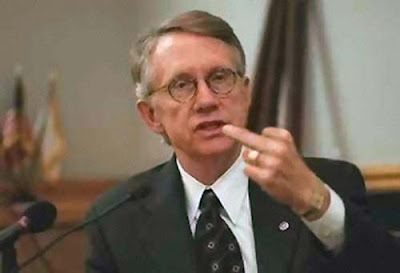 I understand politics and the big picture but here is my official opinion on issues like the comments made by Senator Harry Reid.

I believe that if you go all out to make one person pay for something they do but turn around and let someone else slide strictly because they are supposed to be on your side then it makes everyone else you try to hold responsible after that seem like a double standard and personal instead of based on principle. That’s how I feel and all I have to say.

What I really want to know is what is Negro dialect and how come President Obama never told us how to turn it on and off? It’s not Ebonics because that’s the same as slang. I think it’s the same as slang. I am so confused. This could be keeping us from getting jobs and I never heard of it.
Posted by Clifton at 1/12/2010 08:55:00 PM

"I believe that if you go all out to make one person pay for something they do but turn around and let someone else slide strictly because they are supposed to be on your side then it makes everyone else you try to hold responsible after that seem like a double standard and personal instead of based on principle."

When people talk for a living instead of listening, even if they grow old they just keep on cramming their feet into their mouths.

Or, maybe it's more like some days you have to be lucky just to survive your friends.

Anyway, I'm glad you can't see my wrinkled white face right now because it's yet again red with embarrassment!

Some of these stupid word-choice problems in the news recently (along with a local mayoral candidate's use of "plantation"... I'm sure his wife is screaming at him right now for throwing their future away), are hurtful and only they can apologize. But, if you could sift through to the content, I think he meant that Obama was able to turn on and off the kind of accent that would be used by fire and brimstone preachers, like Ray Nagin did when he said that God was punishing New Orleans with all the hurricanes. The part about turning an accent on and off at will was the meanest part of the Harry Ried comment. sp, n.o.

Edwin Edwards used to turn his Cajun accent on and off like a water faucet. No harm in that.

I seem to recall a TV commercial from some time ago where 3 very attractive attractive actors were all "getto", until there was a break and they all began speaking in an "upperclass", "white" accent. Amusing to me, not amusing to some I imagine. Nor was that movie with black actors speaking all black, with subtitles.

I could be wrong but I think some hip hop artists do the same thing.

I'm wit'you, Cliff, but would add that some "leaders" tend to show their Freudian Slips because they have become secure in the way they dress and really don't realize they showing their privates.
Take our President for example, on his recent Tinkle-Stop Tour of New Orleans. From His'O'ner I heard a failed attempt at cheesy faux-southern Elmer Gantry accent.
Really it made my stomach hurt.
That is what I heard, but you have to understand my own experience with "negro dialect" is biased towards growing up in the 60s watching the work of men twice my age chopping cotton on my father's land in the Mississippi Delta.
Then I moved into adulthood (arguable I know:) in Memphis where this country invented Rock'N'Roll by putting together Blacks Blues and Whites Redneck Country and tore it all apart with the assassination just down the street of Martin Luther King Jr.
That's the goddamn truth, and I have never heard That dialect from President Obama.
And...grrr it raises the hair on my neck to ever hear white peoples try it like some sort of ignorant conquering wigger. That sort of flippant mockery bothers me much more than anything Harry Reid could possibly pull out of his pants. The man obviously has no penis. I don't know if he was born like a Ken Dall, or became that way the first time he tried to tongue Nancy Pelosi. But somewhere sometime somebody yanked that man's spine out, penis first, and replaced his entire stance with Chinese Plastic.
Thanks youz