365 Days Of Obama at the Wheel 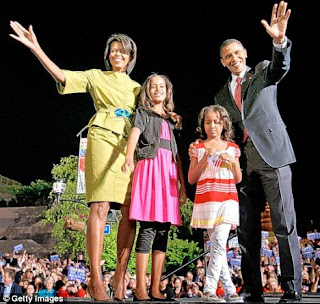 President Obama has been in office for a full year now. Since he is the leader of the country I think it’s fair that everyone has an opinion about his performance. I’m not going to give him a grade or anything because honestly most of the large things he has tried to do haven’t totally taken shape or been implemented. I’ll wait for year two or three for any of that. I only have one complaint. It’s the same complaint I have here locally. I have some friends that are close to some politicians or someone in the political circle. Every now and then during a conversation I will make an uninformed accusation that someone isn’t doing this or that. That’s the point where I am usually corrected with all these facts about how they tried to get something done or they are working with someone on another issue. I have the same thought every time this happens. I always say that if that person is doing so much for my benefit then they need to stand up and say it and stop letting regular folks think they are not. Even if I never tell it to the person I am speaking with I am thinking it.

President Obama is a smart man and I truly believe he feels his decisions are the best thing for the country. The problem is his administration is depending on Americans to educate themselves about his agenda and that will cancel out the shouting and accusations from his opposition. Things don’t work like that. If you put enough energy behind an idea it can turn into the truth even if it was built on falsehood. At some point you have to counter all of that energy with some of your own. You can’t just assume that Americans will figure out stuff on their own. I know the president knows this because the only way he won the election in the first place was to get out and fight for each and every voter possible. If he would have followed the same pattern during the election that he has now he would be Senator Obama of Illinois trying to help Mrs. President Clinton push her health care bill through. Start calling out some of those legislators that are holding up progress. Stage some dramatic looking media events. That stuff works. President Bush talked everybody into a war doing it. He needs to do a better job at playing politics. He should be able to do that without losing any of his principles provided he doesn’t lie or break any commitments. If he doesn’t realize that some folks are around strictly to make him fail and fight back it won’t matter what his principles or commitments were because none of his agenda will make it through anyway. I know its coming because the situation is going to dictate that he does it. I just hope that he doesn’t let a lot of time pass.

Even after all of that, I still get my pride up when I see a picture of the first family and that makes everything worth it. That feel good image hasn’t worn off for me and it probably won’t for a long time.
Posted by Clifton at 1/20/2010 09:40:00 PM