Sending All Reporters To Mandeville 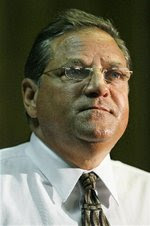 I hope no one thought I wasn't going to say something about the great city of ........

I will concede that Mandeville is a really nice city. Their public schools are great. There is very little crime. If I didn’t have such a problem driving across the Causeway everyday I wouldn’t mind living over there myself. The way people live across the lake isn’t a problem for me. Their horrible and judgmental attitudes are. Every time there is a story about something going on in New Orleans I have to sit and read letters in the paper and messages on comments and messages boards online about how New Orleans is a cesspool and how that’s why they left in the city years ago.

Northshore residents talk lots of trash when they are minding other people’s business. Well, apparently some of the corrupt politicians and crooks liked living across the lake too. This week has been great. It’s been fun to see them muster up the energy to react in the same spirit they give towards city issues when it’s their own tax dollars and a man they trusted. I just have a few thoughts about this whole mess.

Ralph Goyeneche, of the Metropolitan Crime Commission is an honorable and fair man across the board. I don’t know exactly where he lives but I would trust him as mayor. He’s the only one who stepped out forward and suggested Mayor Price step down. I know some of you are wondering why he has never asked for Ray Nagin to step down. That’s because Ray Nagin hasn’t stole anything like this no matter how bad everyone tries to turn him into The Godfather.

Could you imagine if Ray Nagin had spent 65K of city money for personal use and it was backed up by a state audit? Spud McConnell’s head would have exploded on the air and Stacy Head would be calling in the National Guard to seize City Hall. Lee Zurick would have gotten his own 30 minute special just to go over the credit card statement on the air. I won't even think about what would have happened if Mr. Goyeneche asked him to step down and he said no. If Warren Riley would have misspent money from the Toys for Tots fund that was funded by citizens’ donations he would have had to resign from the force and leave the state.

I challenge anyone to argue with me that the coverage locally has been even in intensity. If your point is that Mandeville only has 7000 residents compared to over 300,000 in I will simply say that when it comes to prestige and the influence in the area the Northshore has lots of it. If the radio stations here can have a show about city government and think its ok to take calls from the suburbs all day putting the city down because we all have a vested interest in the city, then the suburbs deserve the same scrutiny when they do something wrong. If you don’t want it, then mind your own business next time Ray Nagin puts his foot in his mouth. Even one of his misspoken moments can’t add up to a trip to .

I take no pleasure in another city getting messed around by their mayor. I just want that mayor to be treated like mine gets treated for a lot less.

Can you imagine if Nagin had busted through a tollbooth and got driven home without as much as a sobriety test? Give me a break.

Agree 100%. Would only add please don't confuse default racist criticism of Nagin with legitimate complaints about his effectiveness as mayor.

Be careful of your confidence in Goyeneche. And that's all I'v got to say....

I'm as disgusted as the next person and I live in Mandeville. The Feds will take this corrupt town down I hope!

Couldn't agree with you more, Cliff. I can't believe Price and Buell are still in office.

BTW, northshore resident here (Slidell) and I'll jump on anyone anywhere who is in public office and is unethical or inept.