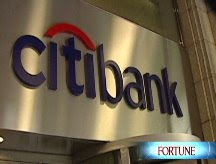 This economic crisis must be worst than most people think. Republicans and Democrats are not really arguing. When they start going out of the way to agree you know something is really wrong.

I have been watching and reading about this economic crisis for the last week. Everybody’s blaming upper management at the companies, Wall Street and the country’s economic team. They all have a hand in it however I think one group is missing from the equation. I think we are witnessing the brainwashing of the American public coming home to roost. Americans are a bunch of silly people. We trust educated people too much. Just because a person is educated does not mean they have the best interests of the country at heart. These people have divided Americans and have them so busy worrying about each other that no one pays attention to a damn thing they do. While we spend all of our time fussing about red and blue states or inner cities versus suburbs they are sitting around doing whatever the hell they want to with our money to make themselves rich.

They have ad campaigns that tell you how to live the American dream. Never mind that your family owns a home five minutes away from where you work in the old neighborhood downtown. Sell that old raggedy thing and move 200 miles away from the city. Stretch your money to the limit to pay that house note so you can live in this isolated subdivision. Buy two SUV’s and send your kids to private school. Just keep applying for those credit cards and we will keep sending them. You have to do this in order to get away from the inner city as possible. I don’t want anyone to think I am throwing stones in the glass house. My family owns a huge house in right now and it’s just sitting there. Ten of us could have moved in there and saved thousands. If you do live in the city the alternative trick for you is to make you think you will feel better about yourself by buying a whole bunch of things you don’t need. Just keep spending and running up that debt.

Now, while we are spending all this money and getting full of all that animosity for one another, these assholes have lobbyist who go to Capitol Hill and convince most of your elected officials from both parties to look the other way while they move a few thousand jobs to another country here and inflate their earnings there to please the board of directors and Wall Street. There goes that 401K retirement plan down the drain and it was all orchestrated by some cat with an Ivy League education. We all saw it coming but were so busy isolating ourselves and arguing about who’s a worthy American and who’s not we didn’t do a damn thing about it. Now we are about six months away from having to convert all of our U.S dollars to Chinese Yuan and we are still bailing out companies while no one in charge loses their job or even has to give up a bonus. You would get fired from your job just for sending something to the printer that wasn’t work related. These folks can damn near send America into depression and still have private jets.

It’s so silly that I already know what’s coming next. In the next few weeks this story is going to be twisted somehow and people who probably never set foot in a bank is going to be the reason these institutions had to lie while they squandered our money. We are going to eat that up and they are going to keep on driving the country into the ground. There might be a crazy congressman what will introduce a bill that no one making under twenty thousand a year can have a bank account or anyone who bounces a check has to be sterilized. That’s just what you need to digest the feeling when you go to work and there’s a chain on the door with a sign that says “Company moved to ”

And don't forget to watch Extra and Hollywood Insider and read your Perez Hilton. Because those things really matter.

FWIW, one of the better recent reads on the economic melt down is by Michael Lewis who wrote Liar's Poker a few years back. The End