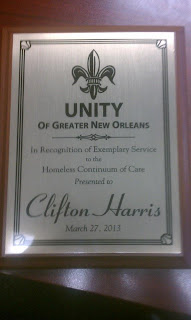 Today I was sitting in my office looking out of the window watching the downpour of rain and I said to myself “Cliff, you need a vacation”. It’s not like the job is stressful or anything. Everything is going pretty well. The first year of our new project went great. I have more staff than I ever had.  I even won an award that I’m quite proud of.  I’m not having any real issues from a workday standpoint. Every year around this time I start to feel like I am going to pass out at any second. That usually lasts through the end of May. Around June I start to come back to life. July is usually pretty cool. Once August gets here I realize school is about to start and its back to the hamster wheel.

After more than 8 years of blogging it’s very difficult to describe how I feel that would be different than the last 20 times I described it. That’s one of the challenges of having one of these things if you don’t have the interest to speak about current events like you used to. Following the news every day is draining when most of the stories put you in a negative mood.  After a long day who wants to sit around talking about sequesters, crime, and health care cuts in the state.  Not only are those issues not going the way I want them to, I’m tired of talking about most of it.

So I don’t want to talk about the news and I am tired of talking about how tired I am. My only solution is to try and do some things that will give me something else to talk about. Maybe I can write 500 words about my Candy Crush addiction (I’m stuck on board 70). I don’t think anyone wants to read about that. I could write about the Black Chris dedication nights I have planned but I don’t know what might happen and I don’t want to let anyone know where I was.  Maybe I can start posting pictures of food that I ordered at restaurants. I don’t think I’m going to do that.  I really don’t get the food picture thing. Some things just get out of hand.  It’s one thing to post a new dish from a trendy restaurant. People are posting pictures of their leftover red beans and pork chops. This has to stop. Anyway, I’ll think of something to get my juices flowing and post more than once a month again.