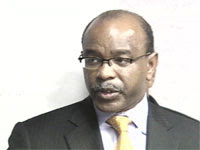 Once again a major murder case fell apart and the city is in an uproar. Before I give my opinion let me say that I have a friend that is a district attorney so if I sound bias it’s because I am. Here is my opinion about the situation at the DA’s office.

I don't think it's the Arresting Officer's job to follow up on his arrests.

His job is to go back out there and arrest another one.

It's the job of his bosses and the DA to move the arrestee along he system and when necessary call in the officer.

The officer's best effort is arresting people. The DA's job is convicting them.