The Culture Of The Trigger 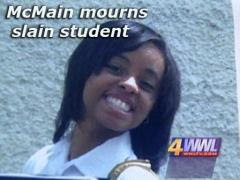 How you like me now? I go blaow
It's that shit that moves crowds makin every ghetto foul
I might have took your first child
Scarred your life, crippled your style
I gave you power
I made you buck wild

Nas - I Gave You Power

I didn't really want to post this. You know, my people have a problem. I know this is the time of our historic moment and we have all agreed to not discuss anything but the greatness of our candidate but sometimes you have to put yourself back into reality. My friend left work today to attend the funeral of a five year old baby who shot himself while his family was moving. His mother was a friend of her family. Yesterday I watched the news when I got home and saw the story about this 17 year old baby who got killed sitting in her car talking to her friend. I’m not one of these cats who come up with reasons about things happening because they heard it in Sociology class. I’m from the avenue and I seen this first hand. We can’t live in a fantasy land and pretend things are ok. Guns mixed with ignorance are destroying the black community.

I am a proud black man and would not want to be anything else. I love my people including the thugs. However, if there is one thing about my people that I would change it’s our tendency to take bad habits and destructive trends and slowly work them into the everyday routine for how we live. We have a bad habit of incorporating destructive behavior into our culture. It’s like when crack first hit the streets and broke us down so bad that women who used to be friends with my mama were turning tricks with my friends. As horrible as that sounds, eventually the crack head became our comic relief and it was cool as long as they kept working to pay for their own rocks. Now the using and selling is a regular thing and we deal with the collateral damage of that.

The other ingredient to this mixture is our tendency to want to do things above and beyond the normal. Sometimes we can take something and blow it out of proportion. We like nice cars but that’s not enough. We have to get rims and sound systems that cost more than the house we live in. What did we expect when having a gun became a vogue thing for everybody to do? Did you we think people would go and get a revolver and keep in the closet or under the bed in case someone came into the house like our grandfathers used to do? No, people were going to go out and buy the biggest, most menacing piece of human destruction they could afford that day. If you buy something that big and powerful, of course you are not keeping it hidden away in the closet or under the bed. You are going to show it to your friends and walk around with it under your shirt. You are going to pull it out and want to use it for every little thing and it’s going to become part of the normal surroundings in the house so kids are going to think it’s ok to pick them up and hold them “like my daddy do”. Now when disagreements happen where kids used to throw a few punches everybody pulls out a cannon.

Go ahead and send your donations, wear your buttons, your t-shirts and chant “yes we can, yes we can” all you want to. Until we spend that same energy trying to save the lives of babies like Darielle Rainey, the five year old and all these other young people lying in the street, all victories should be bittersweet. What are we changing the world for anyway if these babies won’t be here to benefit?

i dont blame the tools

i say ignorance without guns is killing us