My Weekend Vibe: Lauryn's Coming To The Jazz Festival 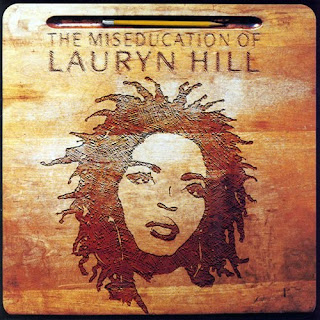 It’s late Saturday morning now and I am finished with my favorite weekend breakfast of eggs sunny side up, toast, and CDM coffee. There’s no college football today so I am out of excuses for not getting up and getting out of the house. I will be going to a kids party later which is pretty much the worst thing ever. Between the work and news it’s been a rough and tiring two weeks. Despite everything going on we got through our deadlines at the office and things are well. Last night I went to the Mentoring Children of Promise annual banquet and saw some great kids. They let me know that all is not lost when it comes to the youth in our community. Everything isn’t good either but as long as the possibility to turn things around is there we have a shot at doing it.
Another thing that took place this week was the announcement of the acts for this years New Orleans Jazz and Heritage Festival. It features the local favorites along with larger worldwide acts like Bon Jovi. The festival gets bigger every year by combining the local flavor along with major acts to draw in more people. That doesn’t bother me. The only draw back is the ticket prices but I guess you have to spend money to have a good time. I spend about the same amount of money to get into the Essence Festival. The only difference is the Essence Fest has air conditioning, no mud on the ground, and if it rains we’re in the Superdome drinking and having a good time so it doesn’t make everybody wet and miserable.
Lauryn Hill is listed as one of the performers for this years Jazz Fest. Ms. Hill is a legend for my generation despite not releasing a lot of music in the last ten years. Her album the Miseducation of Lauryn Hill is one of my top five albums of all times. She also had those classic Fugees records but I don’t expect she will be performing any of that during the Jazz Fest. After she released her first album Lauryn disappeared from the scene basically. Lately she’s been working her way back into the spotlight and doing shows. We don’t know how long this is going to last so seeing her at the festival may be the only time we get a chance to see her live before she goes back to her private life again. Some of the reports about her recent shows have been hot and cold. The main issue is that she’s been late to a lot of shows. I sure hope Lauryn is on time for her show at the Jazz Fest. Those tickets are 45 bucks and 60 if you wait until the day of the show. I would hate to see all those people standing out there sweaty, possibly wet and itchy from the mud waiting for her only to be let down.
Don’t let us down Lauryn and don't dress too heavy. It gets hot out there.
Posted by Clifton at 1/22/2011 12:59:00 PM

I too LOVE Lauryn Hill's music, but damn, she came 3 hours late to a show in Brooklyn and chewed people out, too. Don;t know how long that's gonna last.

That video almost looks like it could've been filmed in Nola.
Smooth to'da Fine...