It Was A Great Run 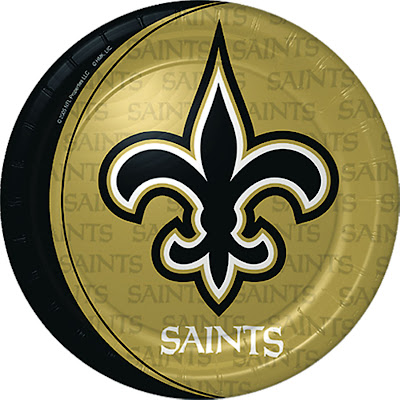 Many things in the world have put football in perspective for me. I have finally reached a level of maturity where I can take a lost and not hate anyone. Even the trash talk tonight hasn’t really bothered me too much. Nevertheless I love the Saints and I hate to watch them lose. It’s weird when you are the defending champs because you know you won’t be the champ forever but you want to hold on to it as long as you can. Our run came to an end in today in a game that fit the rest of the season. There were big plays and it was close to the end. We just didn’t come out on top this time. In sports you always find out the truth about your team when you lose. With all the injuries we had going into today’s game I think we found out that the most important person on the injury list was Malcolm Jenkins. Our secondary didn’t have the best game and now we know how important Jenkins was to the defense this season. I think a healthy team going into next season should be right back into the playoffs again. That’s all we can really ask for.

here are two things I noticed this season about our fans and those from other teams. For some reason fans from other teams seem to be so excited about watching us lose. It seemed like every game we lost fans from all over the country would take time to celebrate even if it wasn’t their team they were playing. That’s just jealousy because of the relationship between us and the players.

The other feeling I had all year is that Saints fans never really got to sit back and really enjoy the Superbowl run. For some reason we had this paranoid mind state that made us feel like if we didn’t go undefeated and back to the championship this year everything that happened last year was invalid. I don’t know about every fan but by the end of the game today I was so tired and drained from everything that happened I just wanted the game to be over with no matter if we won or loss. We still had a shot at it until that incredible run by . The only part that sucks about that is we will be watching that play for ten years on highlight reels. Being a Saints fan is full of highs and lows. It comes with the territory.

Thank you Saints for a great run. I’m counting down the days to the draft, training camp and the first game in December so we can start the drama all over again.

They'll be back: The Saints have a great QB and the coaching and management that it takes. Something I've learned from 49 years as a sports fan is that you want your team to be able to put itself in position regularly so that it can trust to good luck. The best team usually wins any given year, but that's always in part because of key breaks that went its way.

We're as shocked up here as you guy are down there. I was only able to follow the game on ESPN, but the thinking here is that Hasselbeck spotted some tendencies in your safeties and was able to eat them alive as a result. Plus Lynch's run was one for the ages. Still and all, if the Saints make in on 4th-and-1, who knows what happens?

Great season for the Saints; considering the injuries, they can hold their heads up.

It just shows why you can't take anything for granted when the game is played. Upsets happen all the time.

I still hate the Falcons so I wish Seattle luck next week although there won't be the crowd behind them like yesterday.