Honoring Dr. King For His Own Times 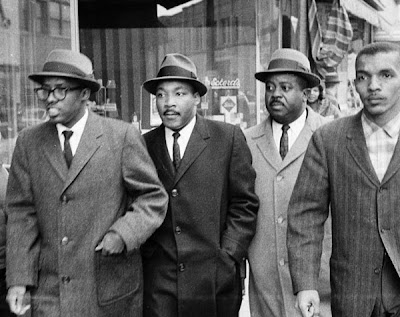 “All progress is precarious, and the solution of one problem brings us face to face with another problem.” Dr. Martin Luther King Jr.
We are living in times of great achievement and great challenges in our community. Since Dr. King was assassinated we have seen an African American president in our lifetime and faced some incredible epidemics of crime and other issues in our community as well. We have made many great strides and still have a lot of challenges to face as we go forward.
Negative news has an impact on the morale of people and some look at the stories of murder and neglect within the black community and feel like celebrating Martin Luther King Day doesn’t have the same reverence it once did. One of my friends asked the question wondering what Dr. King died for with all the black on black violence happening right now. It’s not fair to him to try and figure out how he would feel and what he would say about anything going on today. It’s a different world.
We’ll never know the answers to any of those questions about his feelings because in 1968 Dr. King was killed while fighting for equality, dignity and justice for everyone. As far as I am concerned it doesn’t matter what’s happening today as it relates to him because what he did while he was here was great enough for a holiday. You know he had to be a special person because America just doesn’t give out holidays to anybody. Nothing we are doing in these crazy modern times can take away from any of that.
We have 364 other days of the year to discuss all the current issues our community faces. Today is a day to honor a great man the work he and others did to move society forward. He’s worthy of that recognition regardless of what’s going on now. We have a long way to go but I would hate to see where we would be without the sacrifices of Dr. King and the people that went out there and put there life on the line for us. It doesn't matter how the actions of some of the men in our community would have affected him. It doesn't matter how he would feel about the wars in Iraq or Afghanistan. It doesn't even matter what he would have felt about President Obama's election. What matters is that in a world much different than it is now he put his life on the line so I could have the opportunity to try and succeed or fail at whatever I wanted to. That's good enough for me. Nothing we are dealing with now should take anything away from what they did back then.
Besides, how are we going to fix what we need to if we don’t remember how we got here in the first place?
Posted by Clifton at 1/17/2011 01:35:00 AM

He is such a towering figure from a long time ago that we think of his words of wisdom as coming from an elder. It is heartbreaking to remember that he was 39, Cliff, only 39.

I am hoping that today, in our beloved city, there is no gun fire at any of the events.

It's sad that you are hoping for no gunfire and I am sitting here thinking that there's a 50/50 chance. We have to do better.

The greatest American of the 20th Century. He was 34 when he gave the "I Have A Dream" speech.

We've come far; we have farther to go. As he said, the arc of the moral universe is long, but it bends toward justice.

Wonderful post, Cliff. Haven't heard any news of gunfire, so hopefully it was a good MLK day. Thank you.