Sitting On My Porch Part Sixteen 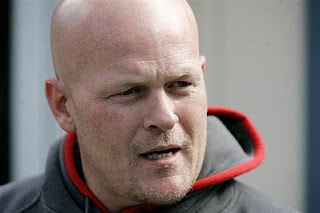 I took a few days off from work this week. I am one of those people who never take off from work unless it’s absolutely necessary. Because of that I have about 14 weeks of leave if you add sick time with vacation together. I could take off the rest of the year and still get paid. Don’t be jealous. Something strange happened to me Thursday. I went the whole day without one serious thought. It was great. That’s’ been nearly impossible since Katrina. No matter how hard I try to relax I always seem to have something dominating my brain. That’s a warning that this post might suck.

Don’t you know those people who never seem to be bothered or affected by anything? They amaze me. Don’t you wish you knew how to do that?

I know you all want me to say something about all those clergymen who came out in support of Bill Jefferson and how Paul Morton said he would rather see him get elected then removed after being convicted instead of Moreno winning……..I was raised a little too old school to cuss at the pastors.

With all this negative campaigning going on, the question for the next three weeks is can Al Sharpton maintain his control and not go completely bonkers before the election. The fact that Reverend Al has been so quiet shows you the importance to the people of Obama winning. After the election we are turning the pitbull loose. Can you imagine Al and his crew rolling into Wasilla, Alaska?

Why would Joe the Plumber show up at a campaign event and speak to Obama knowing he was lying and owed the state of Ohio money? What was he thinking about? When you owe someone money you lay low. This is another example of why Americans need to communicate with one another. Everyone in the hood knows not to make yourself seen when you owe someone money.

Am I the only person that has come to terms with the fact that no matter who wins the presidential election this country will be divided as ever because of the way we conduct the election process? There is no way half of the population won’t hate the other candidate before the inauguration.

I work in the IT field but is there anyone worse than the smart ass IT guy at the computer store who laughs at you when he points out some obvious problem that he could see and you couldn’t? Don’t you just want to slap that guy?

Will the New Orleans City Council ever be able to resolve any issue without making a spectacle of it? Does ever error or mistake in this city have to turn into Watergate?

Why does my neighbor’s son get out of his car, go inside the house and leaves gangster rap music playing with the windows down? Why does he do that? Is there an imaginary friend in the car with him? I wish he brings him inside too and cuts that noise off?

As Vice President of the Richard Pryor Fan Club I have been waiting for a chance to put one of his clips on here and have it be relevant to something current. Here’s my chance. I assure you Barack Obama’s press conference won’t be like this if he’s elected.

Favor. A knew a cat who didn't get ruffled over anything. Nothing seemed to get to him. When I asked him why, he said it was because he had "favor." You and I need some favor in our lives.

Joe the Plumber is an idiot and an asshole but this is a historic moment. You will NEVER again see someone lose his or her 15 minutes of fame this quickly.

Your neighbor's son needs attention. Some of us have gotten to the point where that's the only thing that will make us feel good.

I'm a BIG Pryor fan as well. I keep trying to convince people to check out the criminally slept on Richard Pryor Show. Classic shit.

joe the plumber makes my ass itch...from cheek to cheek, and clear up into my colon. douchebag. i can't even waste eloquence on this dude.

Cliff, say it isn't so. You too have joined the media in belittling some guy from Ohio for owing real estate taxes we have come to find out he didn't even know he owed until he went to sell his house? Come on. He is just some guy the candidates gave 15 minutes too. Leave him alone. Plus, you don't need to licensed as a plumber to work for a master plumber. Geez. Poor guy probably never imagined his life would be made so public with just one question. Why do you all hate him so much? Because he disagrees with you? Because he may have made BHO look bad? I mean seriously - what is the deal?

Damn...sounds like Gerard took that Joe the Plumber stuff to heart. He must've shot marbles with him in his youth or something. You didn't mention anything other than him owing Ohio some money, and he opened the whole conservative talking points defensive at you. I hope you recover soon.

What I really got on here to weigh in on is "favor". Man...I've known those people, and it's not that they don't have problems; it's just that they know how to count their blessings, and don't, as a result, sweat the things they consider small. It's a faith thing that I'm currently working on. I'll let you know how it goes when I get it down. Great post