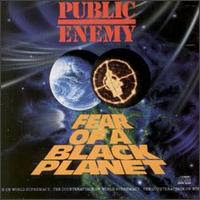 All week I watched Senator McCain and Governor Palin play the fear strategy against Barack Obama. For the first time since this election started I actually have some concern for Senator Obama. Misguided fear has cost many black man their lives. I would actually rather someone hate me than fear me. If you hate me you may still engage me and I can change your feelings. If you fear me you will avoid me and try to eliminate me. I think Senator McCain got the picture himself and had to calm the mob down at that rally before the N word started jumping off and someone brought out a noose. In a strange way I think it was a good thing for black people to see those crazy folks at McCain’s rally Friday. It’s a reality check.

I have two middle aged white middle class female friends from my old job. They are Republicans, their kids go to private school and they live in the same district that voted for the guy who wants to sterilize poor people. I love them both and those ladies love me. Every year I worked with them they put together and bought me a Christmas gift. When my daughter was born they bought stuff for her. I even went to one of their weddings when she got re-married. When I see them it’s like reconnecting with one of my sisters. I am welcome in their home and they are welcome in mine. I have friends of all racial and ethnic backgrounds. However, that doesn’t mean that sometimes I go in a store that is not that used to seeing brothers in it and don’t get followed around. One night I had a blown stop light and the officers that pulled me over got out with guns drawn like I had five kilos of cocaine in the car. There have been times I have been in the presence of some ladies that look like my friends and they pulled out the mace bottle.

My point is that this election has been like no other. Barack Obama has ran it as a candidate for everyone. He can’t win it without open white Americans seeing him as just the most qualified candidate. On the other side black people are riding a wave of pride and accomplishment that is so great that even some friends that have never voted before call me on the mornings after debates to discuss what they heard. I think that’s a beautiful thing. However, just because there are open minded white people and black people feel the glass ceiling has been broken doesn’t mean that on November 5 you won’t run into that lady who called Barack Obama an Arab somewhere.

We have come a long way as a country but Senator Obama is not the end game for racial division. If he wins the next few years will be some of the most racially revealing years in the country's history. We need to be prepared for the good parts and the bad.....and there will be some bad along the way! I'm afraid that McCain rally was just a drop in the bucket.
Posted by Clifton at 10/12/2008 01:00:00 PM

It may not be the end game but it'll for sure enable a few BIG steps forward.

Hey I wanted to remind those who read your post to be aware of the problems that we may be faced with because the racial complications will have just begun if Obama is elected.
P.S. We will be voting on NOVEMBER 4, 2008.

Of course we vote on November 4. November 5 would be the first day anyone knows if he's the president or not.

my favorite was the incredulous "how did you even let this happen? he wasn't even supposed to get this far?"

they literally booed mccain when he was like, "ok, he's not the antichrist."

Do you honestly believe we'll know a winner on November 5?

I'm very afraid the closet racist vote will make this closer than anyone is predicting. There's just no way to poll people on their innate, irrational fear and hatred of black people (although, while I know the "reasons" why it's discussed differently, Obama is as much white as he is black...)

I would like to believe we have progressed as a nation as far as race relations go. However, the tone of the McCain/Palin rallies show a different perspective. I know we have come a long way but we still have a ways to go. When Obama is elected, it will be a step in the right direction. T.

I'm with Duff above. My guess is we won't know on the 5th who is president. Especially now that all this voter fraud crap has come about. There will be law suits no matter who is initally elected on the 5th and most likely a literal recount of all votes.

But, please remember, those nasty people at the McCain rallies do not represent all McCain supporters.

I wish he'd just tell these "kill him" supporters that it's okay for them to hate him...just not because he's black. I have noticed, however, that "socialist" seems to be the new code word for black, supplanting "inexperienced."

query: if they got that much y did they have to chip in to get u an xmas gift lol.

I keep trying to tell my people to calm down about Obama's prospects. My next post will be about possible black reaction to an Obama loss. It won't be pretty.