Sittin On My Porch Part VII 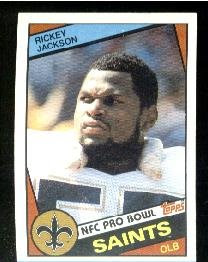 I have to make a correction on something that I said in my previous post. I make jokes and suggestions that somehow if I in public office there would be this scandal involving women or something crazy. I joke around like that to keep people from asking me about getting involved in political stuff. Politics fascinate me but I have no interest in running or being part of a campaign. The truth of the matter is that I would never do anything in the public eye to put a stain on my daddy’s name. It's been a long time since I had the lack of self control needed to do the kinds of things that get these cats in trouble. If Katrina wasn't strong enough to pull me into the dark side then I am sure the power of public office couldn't do it. For the chance to make the lives of the people in the city better I would even give up drinking the whole time I was in office. My character and principles are bigger than I write about. Hell, I could be mayor. I could be president if I felt like it.

I'm not trying to question Bill Richardson's endorsement of Barak Obama. My question is more of a general one concerning endorsements. Didn't Bill Richardson only get around two percent of the vote when he was in the race? Why does the media make it such a big deal when candidates get endorsements from losers? America wasn't feeling John Kerry so much that they voted for Bush again. How is that endorsement so special?

I know John McCain's advisers are hearing the concerns about his age. I just hope that he doesn’t start trying to start adding some slang to his speeches. People over 50 should never use slang even if its something their generation invented. I don't want to hear anyone referring to him as John McCizzleNizzle.

If Chris Paul wins the NBA MVP that he rightfully deserves it will be the greatest achievement in New Orleans sports since Rickey Jackson played a game on Sunday with screws in his face after wrecking his car that Friday before the game. Takes one tough SOB to pull that off. Rickey should be in the Hall of Fame. Look at these stats. I am dedicating this post to The City Champ, my favorite professional player of all time in any sport.

I don’t want to say my bank’s name because my case is still pending. Let’s just say there is “One” number in the name. That commercial about hassle free banking is a joke. Here it is that someone stole my bank card and the operators at their customer service center keep talking to me like I stole my own money. After having the same bank account for ten years there was a television I wanted to buy bad enough to mess up my light bill money? I hope they ship your jobs to Indonesia. Of course, if anyone in the fraud department happens to read this, please remember this is only for entertainment.

In about two weeks all of the big four housing developments will be torn down completely. That’s when the real fun starts. Residents of the Iberville Project you are now on the clock. Please find another place to live. They are selling three hundred thousand dollar condos in the building directly in front of you. Like I said before, it’s 2008 and we don’t have one new school building and the public hospital plans are still being discussed but I am supposed to believe they are going to rebuild four major housing developments in two years time? If this happens I will not only be surprised, I will shave all my hair off.
Posted by Clifton at 3/26/2008 09:01:00 PM

I'd vote for you for anything. I vote more than once.

Richardson is important because he is a big time insider and long time member of the Clinton camp.