Sitting On My Porch Part V 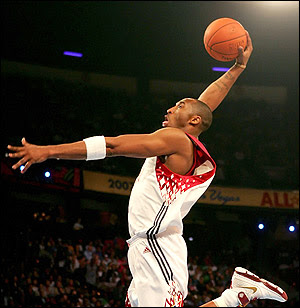 I am back from my Mardi Gras and family visit hiatus. This years coconut count from Zulu stands at 7. That’s a new record for me. The power of a four year old sitting on your shoulders cannot be measured when it comes to catching parade throws. I have to say that I enjoyed this carnival season more than I have in the last few years. It would have been perfect if not for the rainstorms and the occasional senseless violence on the parade route. Which leads me to my next point.

New Orleans is hosting the All Star game next week. That’s usually a weekend where the best and worst of the hood comes together to party and get in trouble. I am begging all the cats who tore up Las Vegas last year and scared people to the point they were worried about having the game here. Please, leave the foolishness at home. I will give you two good reasons. The first reason is that New Orleans can ill afford any extra national publicity for something bad happening especially if it was caused by someone who doesn’t live here. Somehow all of those stories end up being our fault. The second thing is that there are a lot of young men in New Orleans who will bust a cap. They won’t care who you came here with or where you are from. They are not easily impressed by that kind of thing. Don’t get yourself hurt. Come on down, meet some pretty girls and have a good time.

I am not saying I totally believe in the whole global warming phenomenon yet. I will say that when it’s the first week in February, and we are running the air conditioner, girls are wearing booty shorts at the parades and I am starting to see male mosquitoes something isn’t quite right. There was a report a few weeks ago that said global warming would slow down hurricane activity. I am so confused.

African American Lives on PBS should be shown in every inner city school. It’s the best program I have watched in a long time. The lesson to be learned from this program is that you can't beat the feeling of knowing where you come from. It's empowering. My only wish is that somehow we could do this kind of thing on a large scale. Maybe Barak can try to fund this when he becomes president. This program has inspired me to make an attempt to find out my own lineage. I think I have a good idea of where to start. I just need to get pass the obstacle of not having all the information Katrina took and not having a PBS budget to travel to all of these small towns. Maybe Dr. Gates will read this and hook me up.

I am not voting for him but I will give him credit. Mike Huckabee is a great politician. What he is doing with no money and mainstream support is remarkable. His campaign is what Obama’s was supposed to be. I have one more Obama posting to make and after that I will no longer say anything about the man because I don’t want the hate mail.

It was cool enjoying the holiday with my parents and my crazy brother (when he wasn’t running the streets). I was glad they could make it down to the city. In light of that I am dedicating the song below to my brother Walter. He may be the only dredlock wearing, mixtape making, Newport smoking, Lower Ninth Ward representing young cat who digs the saxophone and music like Cannonball Adderley. I love you and miss you but don’t move back to New Orleans yet.

I bow before the master.

Damn, my son isn't even interested in the parades, forget the coconuts! We've had to drag him out on the parade route with us this past season: "You're GOING to have FUN, kid, 'cause WE say so!!!" Only thing he chased down was a football that got to him in the back of all the chairs and ladders...

Glad to see you back blogging, man. Huckabee's campaign is scarily amazing. And I missed that African-American Lives show, sadly. I really wanted to watch it. I'll have to check and see when it is on again...

I ain't get naam coconut and I got a coupla kids sitting on my chest (if you get my drift) Having said that, I want one of the seven your four year old was able to get.

I swing by and get it tomorrow.

so did u have a ball down there

I admit I have been completely sucked in by "African American Lives" too. I would add that everyone, not just inner city folks, would benefit enormously from knowing something of their roots.

Having done research of this sort, I have to point out that more often than not, the trails lead nowhere. I am certain there were at least three times the number of notable people profiled and what we are seeing is the best of the bunch.
Nothing, though, compares to when you find that one seemingly odd thread that leads somewhere.

LOVE U 2 CLIFF!!!! THANKS FOR THA CANNONBALL ADDERLEY!!!