My Favorite Candidate is Gone 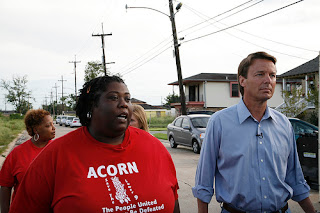 I am very disappointed in the John Edwards campaign. I thought he was the best candidate for the future of . I am not sure if the other four people in the race have us on their mind like John did. At the risk of pissing off the black blogosphere and Tom Joyner, I can’t understand how John Edward’s platform was totally ignored by black people for the most part. We should have at least used his platform to bring out the ideas in the other two people running against him. I realize Obama and Clinton’s opportunity is a first in our lifetime but could we at least acknowledge the fact that Edward’s agenda was closer to the needs of our community than anything else presented during the race? By the way, don’t tell me go to Obama’s website. I know what’s on the website but he’s on television all day long. I’m not dismissing hope but it doesn’t pay for anything. I think Edwards doesn’t have the charisma to make people vote for him. He should have realized that when he couldn’t beat John Kerry for the nomination in 2004 because Kerry is a walking mannequin. Maybe I am biased for Edwards since he started his campaign around the corner from my home and ended it in the Ninth Ward. My concern for the faith of my city trumps all other issues in this election. Edwards should have stayed in it at least until the debates were over. Tonight’s debate is going to make me dizzy from all the talking in circles.

John Edwards will still have an effect on this campaign. Within 3 minutes of the debate last week both candidates were pandering to his supporters. They are going to have to address his platform for someone to break into the lead. It is sad that the one candidate who isn't afraid to say that poor people are suffering, I have a plan to help has dropped out. I'm not so sure that the problem was that we were not buying what he had to say. I think the bigger issue was that he couldn't sell it. The people who he was supporting and fighting for... for the most part don't vote. They don't get involved in the process. He should have been running first this election year with the economy the way it is.