At Least They Let Her Keep Her Citizenship. 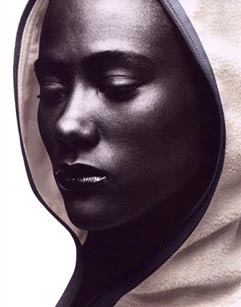 Aside from a Katrina victim, is there another person having a worse two year run than Marion Jones?

Talk about losing everything. She just went to jail for six months. She lost all of her medals. All of the men in her life turned on her. She’s banned from competing and is probably dead broke. At least Mike Vick gets to play football again and make some money back. I feel so bad for her. I like Marion Jones. She might as well get some meat on her bones and figure out what she’s going to do when she gets out. I bet you those sisters who had to give up their 4x100 meter relay medals are blowing her phone and email up with all kinds of nasty and hurtful messages. I suggest that when Marion gets out she heads down to New Orleans to live. There are two reasons. One reason is that New Orleans residents rarely get star struck and she can walk around the grocery store and sit on her porch without little fanfare. The second reason is that it takes a lot more than lying about steroids to get ostracized in this city. Come on down Marion. Send me an email when you get here and I will help find you a job.
Posted by Clifton at 1/13/2008 08:13:00 PM

In my rush to support this sister I, like you, forgot about the countless other black women she robbed by cheating. So, while I'm not exactly holding her in contempt, I'm not feeling sorry for her either.