Great But A Little Too Real 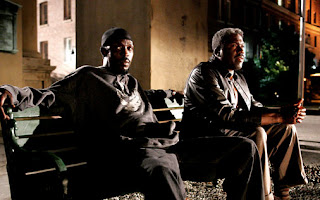 The Wire is the best and most addictive show on television that no one watches. It’s almost at Sopranos status. The difference between The Wire and The Sopranos is that some things on The Wire are so realistic about inner city life that the shit is depressing. You can almost tell who’s going to die before it happens. There is something too real about the addicts, the senseless killing, the rules of the game that are life and death, the pain, the hopelessness and the realization there’s another generation getting prepared to start the cycle all over again. If I hadn’t seen some of these things before here in New Orleans and didn’t have so many kids I grew up with laying in the cemetery, I would say the writers on this show are genius. The truth of the matter is that this is going down in cities all over America. The producer of the sh 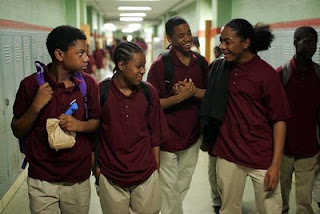 ow wants to create another show based on New Orleans. I hope he changes his mind because people like to use stuff against us and I would hate for the tourist industry to fall apart because of a few hours on HBO. Why can’t we just leave this craziness in Baltimore? They are close enough to Washington D.C to withstand the bad publicity.

We are the murder capitol. What kind of dumb ass name is that to give a city? This title has got to go. The worse part about living in the city labeled the murder capital I that you have to hope a large number of black men in another city get killed to take the name from here. I’m going to the Field Negro’ site every day to check the murder count in Philly like that’s going to make me feel better about this bullshit down here. I guess that will BET’s next show. They’ll have some kind of contest between all the major cities to see who can get the most ignorant the most often. It will come on right after American Gangster since we can’t have enough glorification of street violence.
Posted by Clifton at 1/13/2008 09:20:00 PM

Cliff, if Simon makes his show in NOLA, it will rock. It won't focus on the problems with cities, it will focus on musicians. One of the main characters will be or will be based on Kermit Ruffins.

Don't be down on it yet. I have faith he will do it right.

All of the above ofcourse, IMO.

As far as a possible Simon show in NOLA. Don't worry I've read where Simon says that his NOLA show will go to show how cities DO matter. He feels a little bad about how he has portrayed so little redeaming qualities about Baltimore (no matter how much he loves his city). He now wants to make a show that is not entirely bleak. I think this has the potential to be incredible.

I hope you guys are right and it's not another K-Ville.