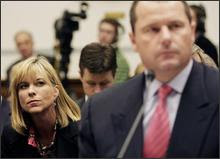 I try to show people the differences in America regarding race without making it a personal thing. Racial problems in the country have more to do with the system than individual people. Let’s take this Roger Clemens hearing for example. Here is a guy that is claiming he’s never been around illegal drugs and that his former trainer is lying on him. This same trainer gave shots to his former teammates including one of this best friends Andy Pettitte. The trainer in question also had the opportunity to shoot Roger Clemen’s wife in the booty with a needle full of growth hormones. All that is true but this guy would risk going to jail just to lie on Roger Clemons.

Here’s where the racism part comes in.

If Barry Bonds had the balls to sit in front of Congress and lie with a straight face like that, they would have put him in cuffs and taken him to jail right from the hearing.

There should be a website where citizens can fill out a claim form for return of all the tax dollars that are wasted on shit like this.
Posted by Clifton at 2/17/2008 12:38:00 PM

What I want to know is when and why steroid usage by baseball players became a matter for congressional investigation. Not even the war has garnered this level of scrutiny.

What baffles me is this, why is it the business of Congress to investigate steriod use in baseball. Isn't this the realm of the baseball league?

It's a matter for congressional investigation because MLB enjoys an anti-trust exemption.

Barry Bonds just pissed off everyone, including his teammates. Palmiero lied through his teeth to congress, and didn't even get a hand slap. Hopefully Clemens will get his.