My Racist Radar is Low 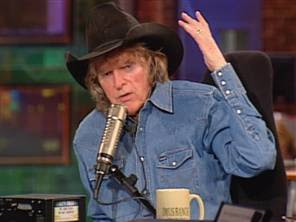 Every night at 2AM my television is set to turn to MSNBC for Hardball. That means that in the morning I wake up to the Don Imus Show. Apparently I was still sleeping went they went crazy and called the Rutgers Women's Basketball team "nappy headed hoes". He needs to apologize for that statement. I guess my racism radar needs some tuning because I watch this show every morning and never get offended. Even the running skit about Ray Nagin doesn't really bother me. Does the racist part come on before 6:45 Central time? Maybe I am turning into Armstrong Williams. Somebody must have put something in my drink when I wasn't looking. Forget that, I'm the blackest and the proudest dude I know and if anyone accuses me of being otherwise I will fight to the death. It's just that simple shit doesn't affect me when young brothers are laying in the street everyday. I guess eventually all the protest will get him kicked off the air or have his show so watered down with ass kissing it becomes unbearable to watch. We are headed to day when no one in the public eye will be able to mention anything about race, sexual orientation, age, gender, or anything else. Richard Pryor's career wouldn't have lasted five minutes in this current climate.
Posted by Clifton at 4/08/2007 11:46:00 PM