Before We Go Knocking On Our Neighbor's Door 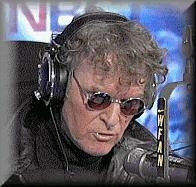 A few sisters read my blog about Don Imus and thought I was defending him some kind of way. I wasn't doing that at all. I am not saying he should be forgiven for anything he said but I think the two week suspension he got is as far as this is going to go. I’m glad he is meeting with the sisters from Rutgers. They appear to be the only level headed people in this whole thing and they are the real victims. There was a interesting tone on the radio today. White people are getting tired of throwing their people to the wolves for stuff we do and say all the time. I understand how they feel because I am tired of looking like a hypocrite when there is outrage about something like this. I just hope that in all of our disgust and outrage towards his statements, we are prepared to answer the following questions.

1. Did our own behavior towards those words being used by us to describe us affect how
comfortable he was in saying it?

2. Are we outraged because he used the word "ho" or is it because these particular girls just happened not to be “hoes“ as defined by the black community? We all know black people separate certain groups of our community as acceptable for ridicule. What if Imus was talking about a visit to the strip club?

3. How much would be able to change if the same energy put forward against him was put towards some of our own self destructive actions? I am certain that those girls and almost everyone else in our generation has a song or two on the IPOD that is not the most respectful piece of work. 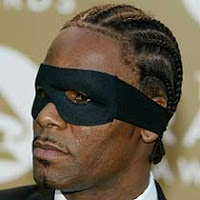 All I am trying to say is that it's hard for me to jump on this bandwagon when Snoop Dogg makes public appearances everyday with a pimp by his side as his “spiritual advisor”. It's just my opinion, but we get really mad at white people for doing and saying things that we have taught them is cool to do and say. We let these modern day minstrel show brothers get rich and famous from selling that image to the masses and then want to attack all the people they sell it to. What will get solved in our community if he gets fired? One of the most popular shows in television featured a sister who got drunk and took a crap on the stairs. People loved this show so much that it's already spawned two spin-offs. R. Kelly took a leak on a young sister like she was a hoe and hasn't apologized to anybody black including the girl. As a matter of fact, one of his bigger albums came after he pissed on her AND FILMED IT! Isn't that worse than Imus? How many young sisters are dancing to an R Kelly song compared to watching Imus in the morning? It's funny how black people can absorb negative and disrespectful things as long as the person disrespecting them looks like they do. Oh well, at least when he gets fired I can used that sense of justice to feel better about myself when the “Make it Rain” video comes on again. The intelligent Nubian queens dancing in those bikinis are fine.
Posted by Clifton at 4/10/2007 07:52:00 PM

That last sentence was hilarious! I agree with you whole-heartedly. We "trained" him to say what he said.

I have to disagree with you, my brother. Don Imus has been finding creative ways to stick it to black folks for years now. I'm afraid this is one issue that we can't lay at the feet of Hip Hop: The Evil Empire.

I'm not trying to lay what Imus did at the feet of hip hop. All I am saying is that one day there is going to be a situation like this and the media(which we don't control)is going to start pulling out all the times we have did or said the same thing to ourselves and we are going to look foolish. Hell, let em fire Imus. The day after that we have to start protesting BET.