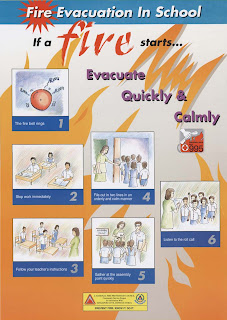 I would love to say that the recent fires set at some locals schools is an indictment of the Recovery School System and the state’s failure once they took over but I can’t. This is simply a lack of parental involvement and bad behavior. This is an example of a group of kids that don’t take pride in anything. Plus, they are not scared of adults. I can only imagine the horror of what would happen when someone called my parents to tell them I was being held on arson charges for burning the school. I think I would have asked for jail instead.

My friend put it best this morning at work when she said” After the fire fighters but those fires out they should take the same hose and whip some kids’ ass with it”. I agree with that. Too many kids in the city are void of discipline. I thought learning in school was rough when you had to worry about getting a beat down. How do you concentrate when fools are setting fires? Not only that, why would you start a fire in the school while you are still in it? You know New Orleans old school buildings have all kinds leaks and bad infrastructure. This needs to end before a bunch of innocent people get hurt from this ignorance. These kids should be expelled and never allowed back in school.