Looking Forward to the Draft 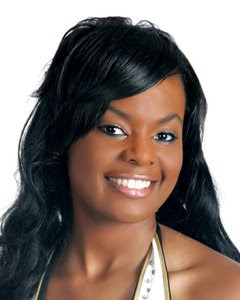 Well, there goes another season down the drain. At this point in my life as a Saints fan I know longer care about winning the Superbowl. I just want a team that plays tough and at least gets to the playoffs every year. Anything beyond that would just be a blessing. There are two games left but when you are eliminated from the playoffs the last few games of the year are just like preseason games. The only player I can think of that deserves having his name mentioned is Jonathan Vilma. A few other players did okay this year (#98, #19, #23, #16, #25 before he got hurt) and others downright sucked (#29, #41, #42, #43, #88, #71 etc..). From a strictly football standpoint let me just say that we have to do something with the secondary and those safeties. You can't have one position on your team so bad that it gives teams an obvious way to beat you.

After adding up the votes, me and my advisers have decided to go with Jocelyn as the Saints MVP of the season. If my team can't win the Superbowl or even get to the playoffs, there might as well be a pretty girl involved. They usually make things easier to deal with.

If I had any other relationship in my life that gave me the feeling that the Saints do I would have ended it a long time ago.


P.S.
Tom Benson needs to call Leon Cannizzaro and see what can be done to prosecute Jeremy Shockey and Charles Grant for stealing his money. I want those draft picks back.
Posted by Clifton at 12/11/2008 11:58:00 PM

Not to rub it in but this season was a real waste of a fantastic quarterback. But look on the bright side. At least you're not a Lions fan.