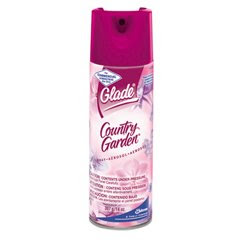 I have a formula for making this blog successful. I read, watch the news and observe things around me until I come across something that inspires me in some way and then I write it down. Since I don’t find what I had for dinner or what I did at work yesterday particularly interesting I usually wait until something comes across that I think other people will have an opinion on. The last two weeks I have made a commitment not to drink so much. I think the radio thing reminded me that it's probably not a good idea to always think while in a haze. I have been functioning on the premise that I was going a little crazy. I thought that Post K stress syndrome had gotten the best of me. Now I realize that the rest of these people are crazy like me. We all must be drinking too much.

We have a senator trying to get freaky in an airport restroom and he can’t figure out if he is guilty or not. My own senator is about to be taking down by Larry Flynt and a call girl. The good folks that manage the office building I work in decided that 9/11 would be a good day to have repeated emergency drills and kept setting off the alarm. That’s just what people in New Orleans need on the anniversary of another tragedy is an alarm going off and walking down those stairs to wake up those fond evacuation memories. Why does American media show Bin Laden tapes on 9/11 anyway? That’s like someone killing a family member, getting away with it and then you reading their Christmas card at the family gathering every year afterwards. There are six kids in Jena Louisiana that are in prison awaiting trial for the kind of fight that used to take place at the intersection of Galvez and St. Bernard Avenue damn near everyday when I was going to school. Meanwhile six people in West Virginia kidnapped and tortured a woman and got to post a bond? Kanye West and 50 Cent are having a contest to see who can sell the most records and if 50 loses he is going to retire? I realize I am spoiled by downloading but I remember when I did buy records and don’t recall a time when you were allowed to only pick one. If someone buys both albums does the person who the cashier scanned first get the credit? The suburbs around New Orleans are becoming more dangerous than the city. The governor’s race is in a month and we haven’t had one debate. There have already been 4000 presidential debates. When did every interest group and minority in America get their own debate? Why do all the answers sound the same no matter what crowd they are speaking to? General Petraeus came out with his report and I still can’t tell if we are doing bad or good in Iraq from the hearings. The only thing I learned from those hearings is that if Joe Lieberman was president right now we would be occupying everything east of France. There are killer bees in New Orleans(even the bugs know you can kill here and get away with it). A damn hurricane formed while I was sleeping Wednesday night ending the comfort of thinking you have a few days to plan before one comes ashore. Now I have to keep my Richard Pryor collection in the truck at all times because I am not losing it again.
Some of my peeps have too much drama. Some of them have decided in their mid 30’s that they want to relive their teens. A few of them just can’t get it together. I don’t have anyone to hang out with that doesn’t get on my nerves. To top it all off, an anonymous employee at my job lobbied to our director and now there is a ban on perfume, cologne, and aftershave. I can’t say for certain but I am sure this is the same employee that uses the evening restroom instead of the public one during the day and sprays so much Glade air freshener that my eyes water and little purple elves start dancing across the top of my desk. She can stand that tear gas she sprays to cover her stank but she is subject to a seizure if I wear my Axe body spray?

I picked the wrong time of the year to try and give up drinking on the weekday. I should have at least waited until hurricane season was over.
Posted by Clifton at 9/14/2007 12:30:00 AM

"even the bugs know you can kill here and get away with it" -- classic.

You sound like Lloyd Bridges in Airplane: "looksl like I picked the wrong week to quit sniffing glue".

The problem with the Internet is that every other thing one finds out from clicking on stuff can, in sum, be enough to drive one to ingest some serious mind-altering chemicals. In other words, every damn day can be the wrong day to quit drinking. Or, every day can be the perfect excuse to take care of your own, and a little more, each day, one day at a time.

I'm just so happy to have found folks such as yourself who are able to express this frustration so well, and with such good humor.

This is great. I'm here laughing, cryin'...and pouring a drink of course.