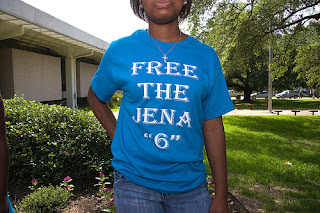 I just got back to the Crescent City from Minneapolis, Minnesota. Minneapolis is really nice and a good change of pace from being in the recovery zone all the time. If I wasn’t so used to two week winters here on the Gulf Coast they would be on my potential relocation list. I was supposed to post this yesterday before the march this morning but this is an ongoing thing so I can do it now.

My opinion about modern black protest is that it’s usually ineffective. The reason is that we have placed ourselves in a position has the victim so much that it causes us not to look internally at some of the situations we face and true change is never achieved. Sometimes our issues are not black and white but shades of gray with many different angles and challenges that need to all be addressed before we can deal with the problem. That’s why we put so much energy behind causes that don’t have a real impact. We need to validate that victim mentality or the last 40 years were a waste.

The case of the Jena 6 is not of those causes. This is nothing but shameless injustice based on race. There can’t be anyone that has heard or read this story and thinks these kids should still be in prison. Let’s take race out of the equation for a minute. When I was in high school I went to a graduation party with my boy. During the party he got mad at a guy at the party that happened to be with about 20 people. Thankfully I talked him out of hitting anybody. However, if the situation would have came to a fight, I would have started fighting too even if no one would have jumped into it. That’s all that happen in Jena. Those kids were scared and they started fighting. I can’t blame them for being frightened. I would have too with white only trees, shotguns and nooses hanging at the school. It probably would have been the Jena 7 if I was there. The craziest thing about it is the kid who was assaulted was out having fun the same day. If they were really trying to kill him do you think he would have been able to party that night? Sometimes you to stand up against things like this. Now, everyone in Jena, Louisiana isn’t a racist. However, they get the same negative spotlight because they should have never let it get this far. I welcome everyone down here to the great state of Louisiana. Feel free to talk as bad as you want about our state government because just like Katrina they chose to not take action and now look foolish in the national spotlight again. This could have been handled before the underground movement brought it to the national spotlight. If the bloggers wouldn’t have gotten on this story no one would have known about it and all six would still be awaiting trial as adults and Mychal Bell would be in Angola state prison right now.
Posted by Clifton at 9/20/2007 08:54:00 AM

I didn't wear black yesterday. What's bad is I actually HAD some decent looking black attire and I totally forgot about the movement.

I would have too with white only trees, shotguns and nooses hanging at the school. It probably would have been the Jena 7 if I was there.

This is exactly my point. Excuses are made for the poor white guy who was beaten by six black kids and impassioned speeches that that is the crime to be addressed. What about the crimes and atmosphere of intimidation that led up to this incident? Retaliation of this nature doesn't happen in isolation.