Living In The Red Boot With Few Choices 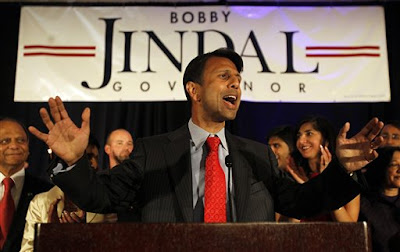 I went out to vote yesterday morning. I looked at the ballot and thought to myself that this was the first time I voted where it felt like a waste of time. When I voted in 2010 it didn’t feel like a waste of time. It felt like I was voting already knowing the outcome and I was right. The reason why this election felt like such a waste of time is because everyone knew Bobby Jindal was going to win again. I’m willing to bet that most of the people in the state couldn’t tell you who was running against him. Besides that all of the other statewide elections had nothing but Republican candidates to choose from. That means if you want to vote in those races you are a Republican by default. The Democratic party must be saving their money to help President Obama raise the 10% of the vote he's going to get in 2012 to 20%.

I guess if you wanted to you could vote on everything else and leave those parts of the ballot blank but then there’s always a chance you might end up with someone who’s first bill once he or she gets in office is to suspend the driving privileges in New Orleans to anyone who can’t pass a standardized test or something crazy like that. So now when we vote we have to figure out which candidate is a Republican but still a rational human being and which one is a wacko and vote for the rational person hoping their not faking like a rational person but is really a wacko too.

I think the governor has some wacko tendencies. He’s just so intelligent in how he presents it you can’t tell. He even fooled me once in 2003 when I voted for him over Kathleen Blanco. That wasn’t the greatest two choices in the world either. I still don’t understand why he’s not the Republican nominee for president. They have been screaming for smaller government and empowering the private sector. Jindal is all about that. Forget Herman Cain’s “9-9-9” plan. My governor tries to run the state with the “0-0-0” philosophy. That’s 0 taxes, 0 government programs and 0 state employees. He hasn’t gotten there yet and probably never will but I am sure he dreams about it. Maybe I haven’t driven around the state enough to see what’s going on but are we doing that well where there’s no need for any opposition to the current leadership? I guess the answer is yes if you go by the election results.

I hope whatever the governor and his majority in the capital does works because unless you plan on moving out of state we are going to be under this philosophy for at least four more years and that’s a long time for things not to work until you get to vote again. I just hope the wackos keeps the wackiness to a minimum.
Posted by Clifton at 10/23/2011 12:04:00 PM