Sitting On My Porch Part Sixty 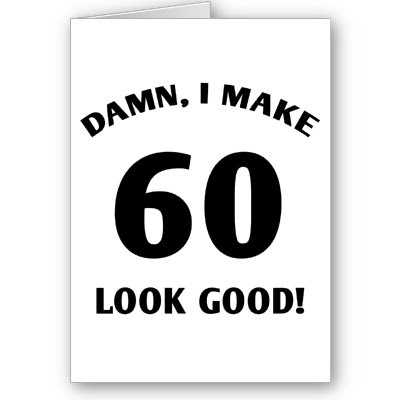 This is 60th edition of this foolishness. I wonder if I can make it to 100. If I make it that far I am retiring this blog and you people need to find something to do.
The holiday season is supposed to be cold. It was 75 degrees today in New Orleans. People were walking around in shorts. The only good thing about weather like this is it allows you to do things you things like sit outside in the evening and enjoy the cool breeze. That’s what I just did over a cigar and a nice glass of whiskey. Now I’m ready to write my last Sitting on the Porch for 2010.
The criminal element is trying to ruin our holiday season. We’ve had a rash of murders the last few days. It seems like whenever we let go of the negative energy long enough to allow ourselves to feel positive about the future we go through is. I can’t say it doesn’t make me feel down. I just feel like if we ever get to the point where we accept this kind of behavior as a routine thing it will never change. So while we grieve for the victims and offer support for their families, we have to try and remain positive enough to keep going and do what we can to save more people from ending up the same way. I think it’s the best way to honor the deceased.
I know I just said we need to try to be as positive as possible but you have to wonder what kind of world we live in when faith would put a young brother with nothing but good things ahead of him at the same gas station with a guy who has been charged with quadruple murder that his brother is serving time for. On the one night he’s out celebrating his achievements he had to run into this guy. That’s hard to come to terms with.
The one thing I don’t want us to do is act like this culture of violence is just a local thing. The other night there were so many people talking about how they were thinking about leaving and making statements like somehow living in New Orleans or being from here made the them more prone to be violent. We must never accept that. A few years ago after the incident where a kid’s mom told him to go back out and kill another kid I did a post on my blog called 100 Brothers Strong where I asked people to send me names of positive brothers. I posted the list a few days later just to prove that we are not all monsters. I’m thinking about doing it again. Since we know that were not monsters we can stop other kids from being monsters too. I’m stuck on how to do it but I know it can be done.
For a man who seemed to take such a beat down during the midterm elections President Obama seems to be on a roll. Almost all of the major bills he wanted have passed. He knows more than me because I thought the first thing he should have done was pick the biggest fight possible. That’s why he’s the president and I am just a blogger.
I still don’t know how I feel about the tax deal but I am all for the repeal of Don’t Ask Don’t Tell. Besides having no issue with gay people the repeal fits my philosophy that no one should fight for their country and not have the same rights and freedom they are risking their lives to protect. I’ve never understood that. My grandfather fought in World War II and defended the country in his 20’s. He was in his 50’s before he could eat and shop in certain places and other people still had to struggle to make that happen. America is at its best when we embrace people despite their differences instead of excluding them because they are different. That’s why people should want to fight for ideals in the first place.
The best thing about being a new millennium daddy in the digital age is you can buy your children loads of gifts and there is nothing to stay up all night and put together like Big Cliff used to do for my toys.
Either Bobby Jindal is a genius for telling BP building those sand berms would catch oil and getting them to pay for the project knowing all the time they would end up being helpful in coastal restoration or he’s the luckiest traveling governor in American history because he sure made a lot of noise to get those berms built when we could have picked up just as much oil with trash bags and cooking spoons.
The 2010 Census data is out and it looks like Louisiana will be losing a seat in Congress. I am already expecting an assault on the 2nd Congressional seat held my Cedric Richmond. Since I don’t know this for sure I won’t say anything else right now. This should be fun.
I haven’t been listening to much Christmas music because I just haven’t been in the holiday spirit. I’ve only played Santa Claus Goes Straight to the Ghetto by James Brown twice. Tonight I ran across The Roots performing The Christmas Song on Jimmy Fallon’s show on the Soul Bounce blog. Not only is Black Thought a lyrical assassin but he can sing too. I want to ask The Roots to hit New Orleans for a show in 2011 and I promise to be there even if I have to go myself.
Stay together New Orleans….We gonna be alright.
Posted by Clifton at 12/22/2010 10:06:00 PM

Yes, you do make 60 look good. It's funny I ran across your page with this. I just put this same statement on my blog under a pic. Must be a true statement...lol
You wear it well Cliff.

I'm no fan of the tax bill, but the Republicans were prepared to let unemployment expire; that's a bluff I wouldn't have been ready to call. It's disappointing to me that the criticism of the bill almost always leaves out the tradeoff that was made.

My choice would have been extending unemployment and repealing the upper bracket tax cuts. My choice is also world peace.

Your account of your grandfather's service is exactly why DADT had to go.