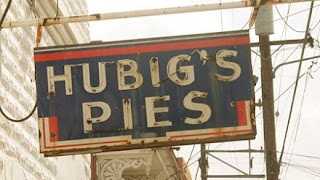 Either I am getting really busy, really lazy or I don't like blogging as much as I used to. It's probably a combination of all three plus the constant barrage or random opinions about everything on the internet that overload my senses to the point where I don't want to give my own opinion as much anymore. Social networking and the internet is the 1st Amendment on cocaine, Red Bull and steroids at the same time. I’m not being hypocritical because I am on the same drug especially during football season. I have been making an effort lately to tune out a lot of things and it's working against my blog. There are stories going on in the world that I know absolutely nothing about.

I don't know what's going on with Chick Fil A, the Jackson family, or even Saints training camp (although this will be changing soon). My agenda is getting prepared for the beginning of the school year (which starts way too soon), trying to conquer my eating and drinking bad habits (tougher than I thought it would be), and watching the Olympics.

The Olympics are a time to marvel at incredible athletic talent and the awesomeness of female volleyball players. The thing that makes the Olympics cool is that there are so many events where the contestant’s entire life has been built around this one competition. When you watch the Dream Team play basketball you know those guys are going to have many more chances to achieve success in their sport year after year. When you are checking out the synchronize swimmers there's a pretty good chance those folks won't be on national TV and going for a gold medal again. It makes their stories more fascinating.

I've never paid as much attention to women's gymnastics as I have this time. I never really noticed how much pressure those girls feel. I don't know if they are enjoying the experience or just want it to be over. Either way they can't help but cry. I don't know that I could sit there and watch if my daughter was performing. I may have to stand in the hallway or somewhere I could get away quickly if things went wrong. They definitely wouldn't part a microphone on me to get my reaction. It's bad enough everything is being shown on tape delay. People would have to see my reactions to the event at 2AM on Comedy Central because of all the language directed at the judges.

NBC has 75 networks showing Olympic coverage and not one of them dedicated to women's volleyball. They show soccer games from countries I never heard of on MSNBC but you have to search around for the volleyball games and hope you get lucky.

I feel like whatever number of medals China ends up with America should get credit for at least ten of them. With all the things we buy made in China from Wal Mart alone is probably more than enough to sponsor the swimming team’s training program.

The highlight over the last two weeks for me other than meeting my new nephew for the first time had to be going to Washington D.C. and getting a chance to advocate on behalf of the homeless in New Orleans. I appreciate UNITY of Greater New Orleans for giving me the opportunity to represent the city and the great people who work with the homeless every day. It was a great experience and I learned a lot. The biggest thing I learned about myself is that I will never make it as a politician or working in the political field because I don't know how to tone down enough of my own personality to fit into the system. I did the best I could considering the circumstances but that's not something I could do every day without going crazy.

The day before the visit to Capitol Hill everyone was giving a list of things to do when meeting with the representatives. The first thing on the list was to thank him or her for something they have done in your district. I couldn't really think of anything going on in my district that was exciting me so much I needed to be giving anyone thanks and I was hoping I didn't have to pretend that I was satisfied. I don't want to be coached on how to behave and what to say. I want to be me. I've had a few other recent experiences where someone took my words and changed them up to sound more presentable to a certain audience. I don't like that and won't be getting involved with anything that expects me to do that again.

I've always felt like it was a bad idea to go out of our way to praise someone in public service if the evidence wasn't there they were doing things the way you wanted it to be done. You know what happens when you take that approach? The person in office has no fear of losing their position so they play the same old game and nothing really changes. This is especially true in the black community where politicians have been running on the same platform for 30 years and we just follow along until things slowly broke down. Now we don't control our own schools, can't seem to elect anyone that doesn't get indicted, won't stop shooting at one another and some of our people are so uneducated they probably don't know who the mayor is. What are we doing thanking anyone for anything at this moment?

I didn’t mention who we visited on Capitol Hill for two reasons. The first is that everyone from around the country had the same instructions so kissing up to leadership wasn’t just a New Orleans thing. The second reason is that most of the time when you a political out by name there’s always a supporter of theirs who will let you know about the money they brought to your area for something or some bill they supported. That’s cool with me. My response is why are we so easily satisfied?

If anyone has an extra lemon Hubiq’s Pie laying around the house please let me know if I can get it so it holds me over until they rebuild.

When I moved to New Orleans my first apartment was in the next block from Hubig's so I was introduced right off to Hubig's pie. If I had a lemon laying around, I'd totally give it to you even though it is my favorite, also.

Those gymnasts won gold and the most brilliant of them all was that beautiful Gabrielle Douglas. Her mama was in the stands and I thought she was going to be done in by the tension. Make sure your daughter has a picture of Gabrielle for her fan wall. Those girls just get one chance, really, because in four years they are already too old--at least we think so in this country.

You are a sage and a mentor, Cliff, a compass to steer by. Be who you are. We really like you that way.

Yeah, blogging can get tiring, but I'm glad you still do it. I love your words and opinions.

I'm with Anita on Gabby. She is an awesome young woman.