Statistics Are The Enemy of The Status Quo 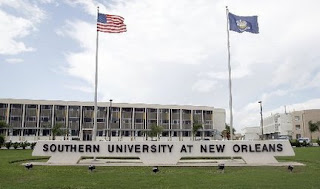 Governor Jindal is going to merge the University of New Orleans and Southern University of New Orleans. The governor hasn’t shown that he can be moved from his position much from rallies and emotional testimony so I don’t see him changing his mind. Regardless of how you feel about the governor you have to admit that he is a good politician and knows his state. He already knows that merging UNO and SUNO won’t do much financially in terms of saving the budget for higher education but it will help ease the pain when he raises tuition across the state. It’s the symbolism since both of those schools have New Orleans in their name. Having Jesse Jackson come in on SUNO’s behalf makes it even better. While everyone is feeling good about him sticking it to the folks in the city he’ll be making it more expensive for them to send their kids to school and it won’t get much coverage. I know it’s going to work out this way because even some of the students at UNO who have been interviewed about the merger on television have made comments like they are getting prisoners from Angola instead of other college students from right down the street.
The biggest thing to me in this entire process is how the supporters of SUNO are falling victim to the same weapon that has led the charge for every initiative implemented in the city the last few years. The statistics are not on their side. Whenever someone wants to make a change or take something out of our hands like we can’t do for ourselves they throw out a bunch of negative statistics and we have nothing to counter that with but emotion. Emotion doesn’t have much value when you don’t have revenue, don’t show up to vote and have lost political influence. It kind of makes people wonder why we fight so hard to maintain a status quo that hasn’t done much for us. It doesn’t matter if it’s crime statistics, standardized test scores, graduation rates or anything else you can think of; it appears that we didn’t really do a good job at taking care of our people and institutions.
A lot of people who go to SUNO never get the chance to graduate in four straight years because life gets in the way. They get a better job or change schedules. Something happens so they take off a semester or two and then go back. I know a few people who started making money without the degree and didn’t go back at all. You don’t get extra credit for those situations when graduation rates are involved but the value in the school is that it’s a place where people from the community feel comfortable enough to turn to if they decide to try and better themselves. I think that’s the way the folks at the school see their mission even though I don‘t think they have done a good job at articulating that since the merger discussion began. You can’t put that into any statistical category either so I think that in this current climate if the governor goes with the plan that will allow those kind of students to still have a chance at improving their situation then we are going to have to settle for that. The numbers don’t support anything that would stop the governor’s plan.
Posted by Clifton at 3/16/2011 10:53:00 AM

Or, as Mark twain once said, there are lies, there are damned lies, and then there are statistics. Open enrollment has never been good for anybody's numbers - but it has been an over all boon for many communities.

Living here with SUNO darn near at my back door, I've been watching UNO try to get their hands on this piece of property for years. I have a feeling they're finally going to get it.
What really gets me is the silence of SUBR...it's as if SUNO is all alone in their fight.

Oh we do have lots of statistics that we can use in response. There's the fact that UNO has abysmal graduation rates. When you look at how few of those who do graduate, the percentage of those who manage to do so within four years is even more minuscule. As Mark Twain pointed out, statistics can be true but also misleading. By leaving out the statistics associated with UNO, politicians can make it seem as if this proposed merger would actually benefit students.

BayouCreole is absolutely right, too. This is no different from the way that politicians and predatory businessmen have long coveted the property that the housing projects sat on top of. As long as they can disguise their intentions by claiming that they are destroying things in order to create better conditions for those who live/work/educate themselves in these areas, then they can hijack properties that have traditionally been used by people of color in New Orleans.

Hi Ms Bint...
You should know that I am a big fan of your blog.