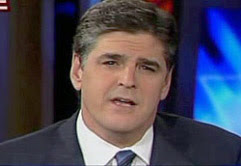 Some Republicans and hood cats have a lot in common. They have the same methods of persuasion. When someone from the hood wants to convince you of something they get louder and sound angrier than you until you finally give in. They get an opinion and stick with it no matter what you show them. That’s the same thing a lot of these Republicans on the news shows do. If I was an alien from the same planet that kidnapped all my local politicians and turned on the news this morning, I would think that President Obama’s new budget is the worst thing to happen in the history of America and that armed forces would be kicking rich people and small business owner’s doors in to take all of their extra cash to give it to poor people. I haven’t read the budget but it can’t be that bad. I would also think that President Obama has been president for the last ten years and not a little over a month. It’s a good thing I can remember that they were in control for most of the last eight years and turned a surplus into a deficit when someone starts talking. 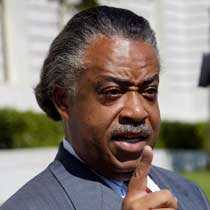 I’m starting to worry for President Obama because he belongs to such a weak party and they are not going to speak up to match the rhetoric of his opposition. Say what you want about Republicans but if Democrats would have lost in the same way Republicans did in November it would have been at least a year before anyone on that side of the aisle said anything. They would have let the president do whatever he wanted then hope to pick up guilt votes after everything was screwed up. That’s what they did for President G.W Bush’s two terms. Democrats always get walked over. The president needs some foot soldiers to handle the street fight while he does the real work. Since the Republicans fight like hood cats then he needs to fight fire with fire. It’s time to make that call to Reverend Al. He has nothing to lose in the process because he holds no office and people already think he’s crazy. He’s smart enough to explain the agenda and can get loud enough to match most of the people on television or the radio screaming now. What better way to battle a hood philosophy than with a really hood person. Plus, it’s great entertainment for all Americans who make their own decisions and are not influenced by people yelling and screaming in the media.

Republicans, you can’t have Karl Rove giving his opinion on any news shows right now. It’s just too soon after the previous administration. All he does is remind people of how much your party had to do with these problems. I know he’s loyal to your views and everything but it’s not a good look. Send him to the island where Jesse Jackson is hiding out for the first year of the new administration.

You know that actually makes sense to me. I would add that Jesse needs to be an unofficial foot soldier, he's the kind that they can send Morris code to and he will send a response back but no actual media face time with the president. This is thoughtful, I would challenge you to make a list of the foot soldiers and their target areas well as the duties you feel would be most appropriate and match them with a republican stating why. I know you may or may not take this suggestion but it would make MY MONTH because it would be funny as hell and would be some of the most honest shit I'm going to read for a while.