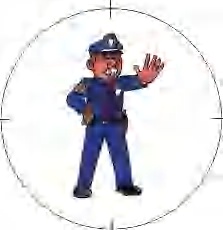 It appears the NYPD has had another "accidental shooting". I don't know what happened for sure but I have three thoughts. First, there were 50 shots. One officer shot 31 times. That means he had to empty his gun and either put a new clip in or pull another gun. I am sure that car wasn't moving by then. I can understand being nervous at that time of night but it takes some calm to reload a gun and empty it again. Second, they are in a car and only one person is driving. What if the passengers in the car didn't realize what was going on? They both got shot at least ten times too. Police officers are trained to shoot accurately and have to be qualified enough that they don't hit innocent people. Then, they were undercover policemen working in a gentlemen's club. I am pretty sure they didn't have on blue uniforms and badges. Those guys might not have even known they were officers at first. There is nothing to justify 50 shots unless some shots were fired back at them. Third, nothing is going to happen. The guy that ran out of the car before the shooting will either have a long rap sheet or will be found with a gun at his house that matches the one the first cop saw and the attention will turn to him. Meanwhile, no one will take what happened seriously anymore because some crazy leader like Al or Jesse will stage a march and cause a big media event when they should be meeting with the police reps in private to get some serious changes done.

It's foolish for the black community to think they can function without the help and protection of law enforcement. However, it is also wrong that the same safety, caution, and courtesy that is extended to the majority of the population not be given to the black community when it comes to how police do their job. Let's face it, a 92 year old white grandmother would have never gotten shot by the police. That breaks down the trust and we end up with the ineffective image of police officers that the community has. I'm not anti-police because when someone does me something I want help. Growing up in New Orleans, I have seen some bad things done by the police force. When something happens in the street and people see it, there is no guarantee that the person you are reporting the crime to isn't the person that sent the guy to do the crime to begin with. That's just something that stays in the back of your mind. I can honestly say that if I was in New York and it was late at night I would stop, park my car and not move a muscle if I was pulled over even if the officer asked me to step out of the car. You want me out of the car and see my ID? You better pick me up and take it out of my pocket. I'm not going to Heaven early because you don't have the nerves to do your job the right way.
Posted by Clifton at 12/01/2006 06:50:00 PM